Jim Carr has been shuffled out of his post as Minister of Natural Resources as part of a larger cabinet shift as the Trudeau government looks to freshen its face ahead of the 2019 federal election.

Carr will become Minister of International Trade Diversification, a new position added to the cabinet. Amarjeet Sohi, who was serving as infrastructure minister, takes over the crucial natural resources portfolio.

Carr was integral in the government’s purchase of the Trans Mountain expansion project, which he announced alongside Finance Minister Bill Morneau in May.

"We offer our congratulations to Minister Sohi on his new role as Minister of Natural Resources," Trans Mountain said in a statement. "We look forward to working collaboratively with him and the other members of the Prime Minister’s cabinet to advance our shared goals of improving the economic and environmental performance of Canada’s energy industry."

Justin Trudeau is resetting after a rocky year dented his chances of re-election. The prime minister left key posts like finance and foreign affairs unchanged, ensuring a continuity of ties with Donald Trump’s administration. 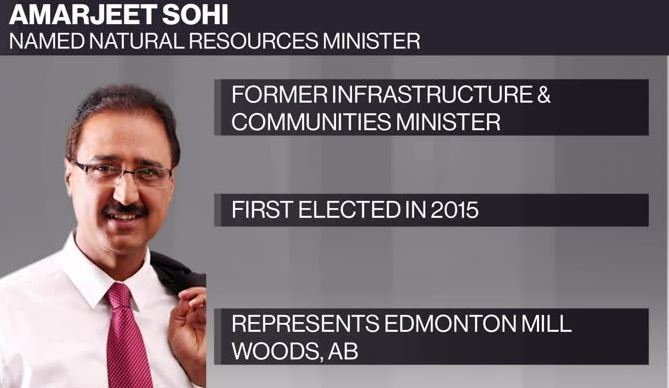 It’s a summer reload after a year in which his polling lead evaporated, leaving him in a dead heat with the opposition Conservatives ahead of an election in October 2019. Ontario, the country’s most populous province, just ushered in Doug Ford, a populist conservative, as premier, while other provinces look set to swing right in the coming months. It will leave Trudeau battling on three fronts: with premiers; with Trump and his protectionist trade agenda; and with an emboldened opposition in the federal legislature.

Wednesday’s shuffle is one of Trudeau’s biggest reorganizations since he took power in November 2015.

Francois-Philippe Champagne, the former trade minister, is now in charge of the infrastructure file, and former police chief Bill Blair is the new border minister. 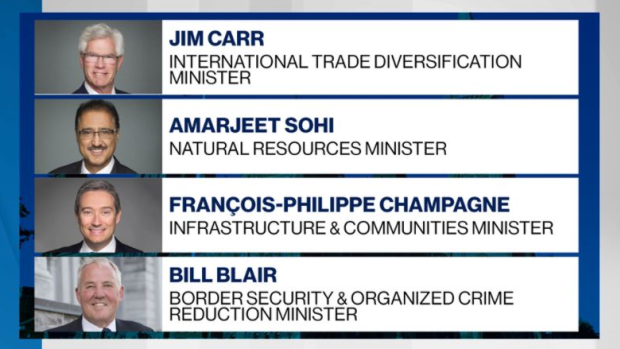 The past year had its share of challenging moments for Trudeau, including a public spat with the U.S. president, NAFTA talks that have essentially stalled, an embarrassing trip to India and questions about a groping allegation made 18 years ago against him.

Trudeau’s Liberals have fallen to 35.5 per cent support in Canada’s multiparty system, from 38.8 per cent a year ago, according to an aggregator run by the Canadian Broadcasting Corp. The Conservatives, meanwhile, have climbed to 34.9 per cent from 32.6 per cent, while the third-party New Democrats are sitting at 18.9 per cent, up from 15 per cent.

Canadian prime ministers tend to win a second term but those support levels suggest Trudeau is in for a fight and risks losing power or being cut down to a minority in the legislature, meaning he’d need the support of other lawmakers to govern.

With files from Bloomberg's Josh Wingrove 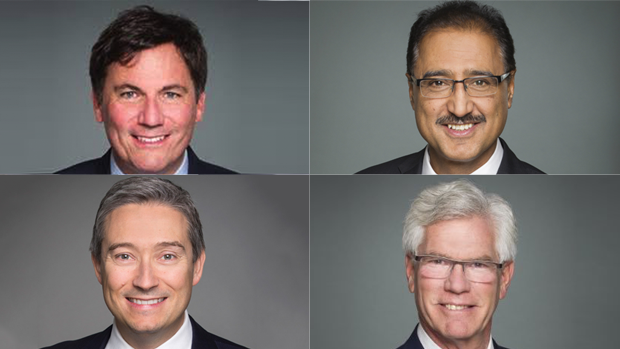 Which of these is the most important cabinet shuffle?