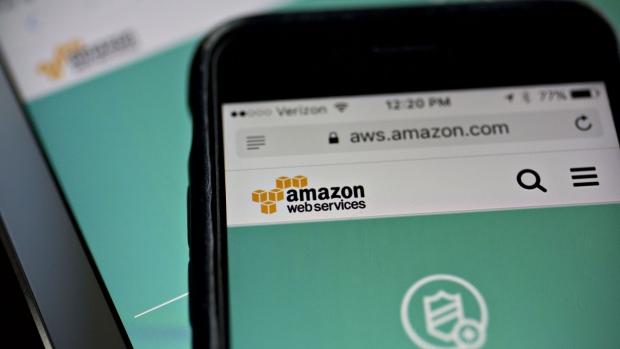 Fiona Scott Morton is widely recognized as a top antitrust expert, known for her warnings that American tech giants are stifling competition and innovation.

Yet Scott Morton, a Yale University economist and former Justice Department official, is also advising two of the biggest names in tech -- Amazon.com Inc. and Apple Inc. -- as they confront federal antitrust investigations.

She didn’t disclose those relationships in papers she recently co-authored outlining how the U.S. could bring antitrust cases against Alphabet Inc.’s Google and Facebook Inc.

Scott Morton, hailed in a 2019 article in the New Republic as an “antitrust crusader,” said she began consulting for Amazon in the last year, while her work for Apple dates back several years. She said she usually discloses her clients when speaking at conferences. The lack of disclosure on the Google and Facebook papers, she said, shouldn’t be an issue because Apple and Amazon didn’t pay her to write them. What’s more, she added, those papers didn’t focus on either Apple or Amazon.

“I work for companies that I’m comfortable are not breaking the law,” she said in an interview. “So you’re articulating what is making the market work well and how the company’s conduct is pro-competitive or efficient.”

Ethics experts and the American Economic Association for years have wrestled with real and perceived conflicts due to academic economists’ consulting work. As antitrust probes intensify, the potential for conflicts could multiply as regulators and companies hire experts who can play a crucial role in shaping cases involving claims of anti-competitive behavior.

Amazon, Apple, Facebook and Google are all grappling with federal investigations. A Justice Department lawsuit against Google is likely to come this summer. The heads of all four companies are set to testify July 27 before a House panel. Facebook and Google also face state probes.

Scott Morton, who served in the Justice Department’s antitrust division from May 2011 to December 2012, said that consulting is important to her research and teaching, and that she only takes on clients when she thinks a company isn’t violating antitrust laws. She declined to give details about her work.

George DeMartino, a professor at the University of Denver who researches ethics in economics, said Scott Morton should have disclosed her work for Amazon and Apple in the papers. Economists are supposed to disclose real and potential conflicts that might influence their work, according to American Economic Association principles, he said.

“Professionals have a duty to maintain trust, which as we now know is a fragile thing,” said DeMartino, who’s part of the Josef Korbel School of International Studies. “That requires disclosing any actual conflict of interest or any entanglement that might reasonably be interpreted by others as a conflict,” said DeMartino, who emphasized that he isn’t an antitrust specialist and added that he wasn’t criticizing Scott Morton’s integrity.

Conflicts are rife in the antitrust field, said Gene Kimmelman, a senior adviser at Public Knowledge, a nonprofit that advocates for tougher antitrust enforcement, and a former chief counsel at the Justice Department’s antitrust unit. His group worked with Scott Morton on the Google and Facebook reports, which were funded by a research grant from the Omidyar Network, a philanthropic organization co-founded by Pierre Omidyar, the founder of eBay Inc.

A spokesperson for the Omidyar Network declined to comment on whether Scott Morton should have disclosed her consulting work.

Kimmelman strongly defended Scott Morton, saying in an email that she disclosed her work for Amazon and Apple to him. “I wish all antitrust economists and lawyers had the level of integrity and consistency in analysis she has demonstrated over and over again.”

Kimmelman said he had to hire an outside lawyer to navigate potential conflicts among about 10 advisers that he asked to help produce the Facebook and Google studies, as well as others on Apple and Amazon. Most of them had some of kind of conflict, he said.

“Part of the game is to hire them to prevent your opponents from being able to hire them,” Kimmelman said. “It’s a large investment that can pay off enormously.”

Economists are among the most important, and expensive, hires for companies facing antitrust inquiries by the government. Carl Shapiro, an economist at the University of California-Berkeley and who, like Scott Morton, had been a chief economist with the Justice Department’s antitrust division, consults for Google. Shapiro said he discloses this whenever he speaks or writes.

Google has been a prolific backer of economists, according to one study that identified 330 research papers published between 2005 and 2017 that Google supported directly or indirectly. Recipients didn’t disclose the funding source in 65 per cent of cases, the report said.

Still, Scott Morton’s decision to work for Amazon and Apple stands out because she has been a high-profile advocate for a more aggressive antitrust approach to tech companies, appearing on panel discussions, testifying before Congress, and speaking for quotation to news media, including Bloomberg News.

Last year, Scott Morton, whose name appears on the roster of antitrust consultants at Boston-based Charles River Associates, co-authored a report by the University of Chicago on the immense power of tech platforms.

One of the main criticisms against Amazon is that it operates an online marketplace used by third-party sellers while it also competes against those vendors, a situation sometimes described as a ‘player-umpire’ conflict. The company founded by Jeff Bezos argues that its platform is no different than brick-and-mortar supermarkets offering products with in-house labels alongside brand-name merchandise.

Senator Elizabeth Warren, the Massachusetts Democrat, argues that Amazon crushes small companies by copying products sold on its marketplace and selling them under its AmazonBasics line.

“Giant tech companies have too much power,” Warren tweeted in April 2019. “My plan to #BreakUpBigTech prevents corporations like Amazon from knocking out the rest of the competition. You can be an umpire, or you can be a player -- but you can’t be both.”

Giant tech companies have too much power. My plan to #BreakUpBigTech prevents corporations like Amazon from knocking out the rest of the competition. You can be an umpire, or you can be a player—but you can’t be both. #WarrenTownHall pic.twitter.com/73y1002QVv

Scott Morton retweeted the video clip and said, “This is the most articulate explanation of this Amazon theory of harm I have heard so far.” She has since deleted that tweet. She said she regularly deletes old tweets.

“Her description of what made her upset about Amazon was so good that you just understood it and she did it in 15 seconds or something like that,” Scott Morton said about Warren. “I was just in awe of her ability to communicate.”

At a Center for Economic Policy Research discussion last month, Scott Morton said companies that act as both umpire and player become a problem “when the owner of the platform says, ‘I don’t want more competition and substitutes. I’m just going to cut this party off.’”

About an hour into the discussion, she said: “I’ve done a lot of work for Apple and I’m currently working for Amazon.”

The Google and Facebook papers that Scott Morton wrote argue for antitrust action against both, but are silent on potential antitrust harms posed by Apple and Amazon.

“My job is not to take down technology companies,” she said in the interview. “My job is to understand markets and try to figure out when they’re working and when they’re not.”