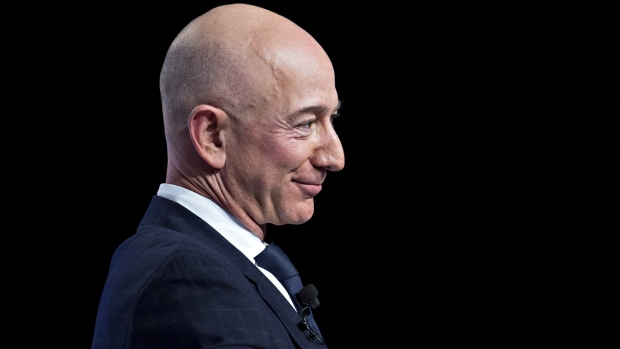 Amazon.com Inc. (AMZN.O) is flirting with a US$1 trillion valuation again after posting its longest winning streak since briefly surpassing that level in September.

Seven consecutive days of gains have boosted the e-commerce giant’s market value to US$993 billion as of Wednesday’s close, according to data compiled by Bloomberg. A gain of less than 1 per cent for the stock would push the market capitalization above the 10-figure mark.

Amazon has added about US$119 billion in market value since the end of May. Nearly half of those gains have come in the past seven days, which comprises Amazon’s longest string of advances since Sept. 4.

Microsoft Corp. is currently the only company with a market value above US$1 trillion. Apple Inc. was long the world’s largest company, but hasn’t regained all of the market value it lost late last year amid concerns about demand for the iPhone, its top selling product, and the U.S. trade war with China. Apple has a current market valuation of US$935 billion, down from an October record of US$1.12 trillion.