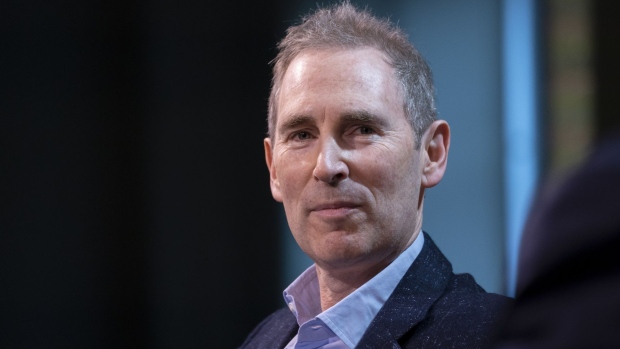 Andy Jassy, chief executive officer of Amazon.Com Inc., during the GeekWire Summit in Seattle, Washington, U.S., on Tuesday, Oct. 5, 2021. The GeekWire Summit brings together business, tech and community leaders for discussions about the future. , Bloomberg

The appointments include three long-time executives and one relative newcomer. They are joining “Steam,” a group of senior leaders who help influence the direction of the company and its investment priorities. With the promotions, Jassy revealed a commitment to streaming services, logistics and devices.

The new members are:

“Each are very strong leaders, play critical roles at the company and exemplify so many of our leadership principles in how they lead every day,” Jassy said in the announcement Wednesday.

Jassy’s elevation to CEO last year prompted a wave of departures from Steam, including executives who spent almost their entire careers at the Seattle-based company. The most recent veteran to announce his exit is Amazon media chief Jeff Blackburn, who plans to retire in early 2023.

The newly constituted Steam will have 27 members, including four women. Amazon, like other big technology companies, has been criticized for a preponderance of mostly white male executives.