Amazon.com Inc. shares fell on Tuesday, with the e-commerce and cloud-computing company closing below  US$1 trillion in market value for the first time since the early days of the Covid-19 pandemic more than two years ago.

It was the fifth straight negative session for Amazon -- down about 20 per cent over the period. Meanwhile, the Nasdaq 100 Index fell 1 per cent on Tuesday. 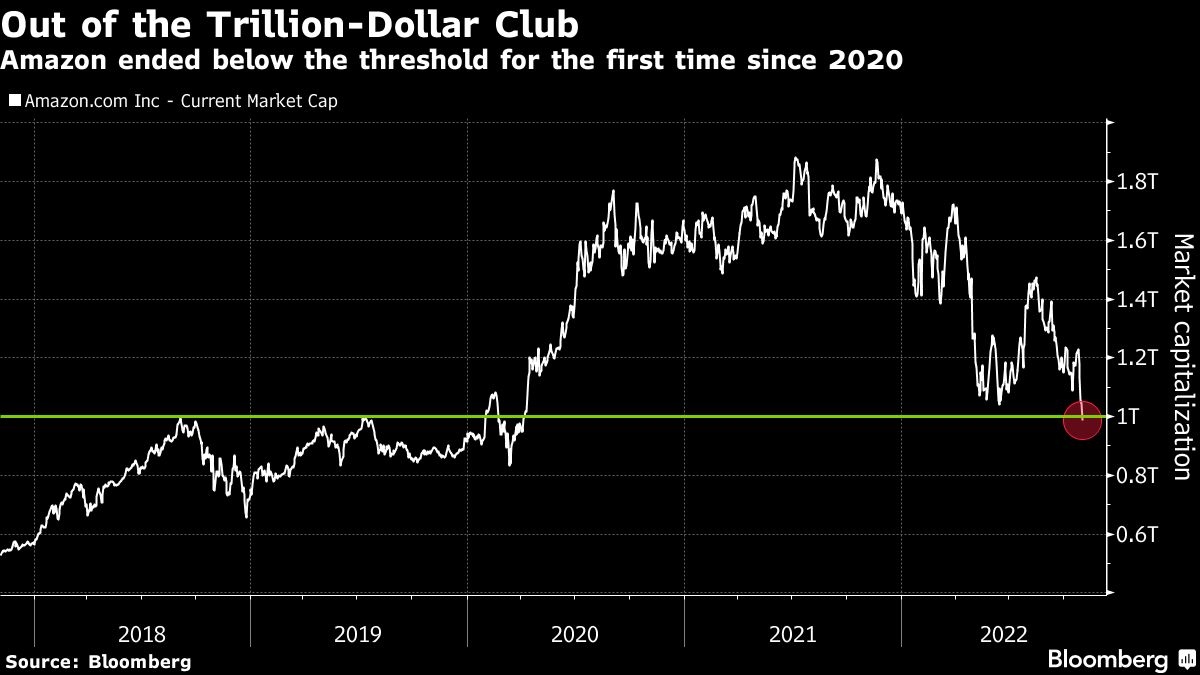 Recent weakness was spurred by the Seattle company’s earnings report last week, when it projected the slowest holiday-quarter growth in its history. Amazon, which had posted record profits during the pandemic, said sales would increase by only 2 per cent to 8 per cent during what has traditionally been its peak season.

Amazon, along with most other major technology and internet stocks, has been pressured throughout 2022 by concerns over slowing growth and rising interest rates. The economic uncertainty has weighed on the multiples of high-valuation stocks.