The slowdown in pandemic online ordering is pushing Amazon to miss on quarterly estimates: Dan Morgan

The historic rout in Amazon.com Inc.’s shares last week highlights how difficult the environment has become for e-commerce stocks after their pandemic-driven boom, with investors set for another rollercoaster in coming days.

Etsy Inc., Wayfair Inc. and Shopify Inc. are hurtling toward earnings reports this week in the shadow of Amazon’s worst selloff since 2006. The tech giant triggered the rout with a weaker-than-expected revenue forecast, adding to evidence of slowing e-commerce growth.

“It’s a canary in the coal mine,” said Oktay Kavrak, a director and product strategist at Leverage Shares. “If Amazon is hitting a speed bump, other names could crash. People were expecting a slowdown in growth following the pandemic, but I don’t think they expected as drastic a drop as we saw.” 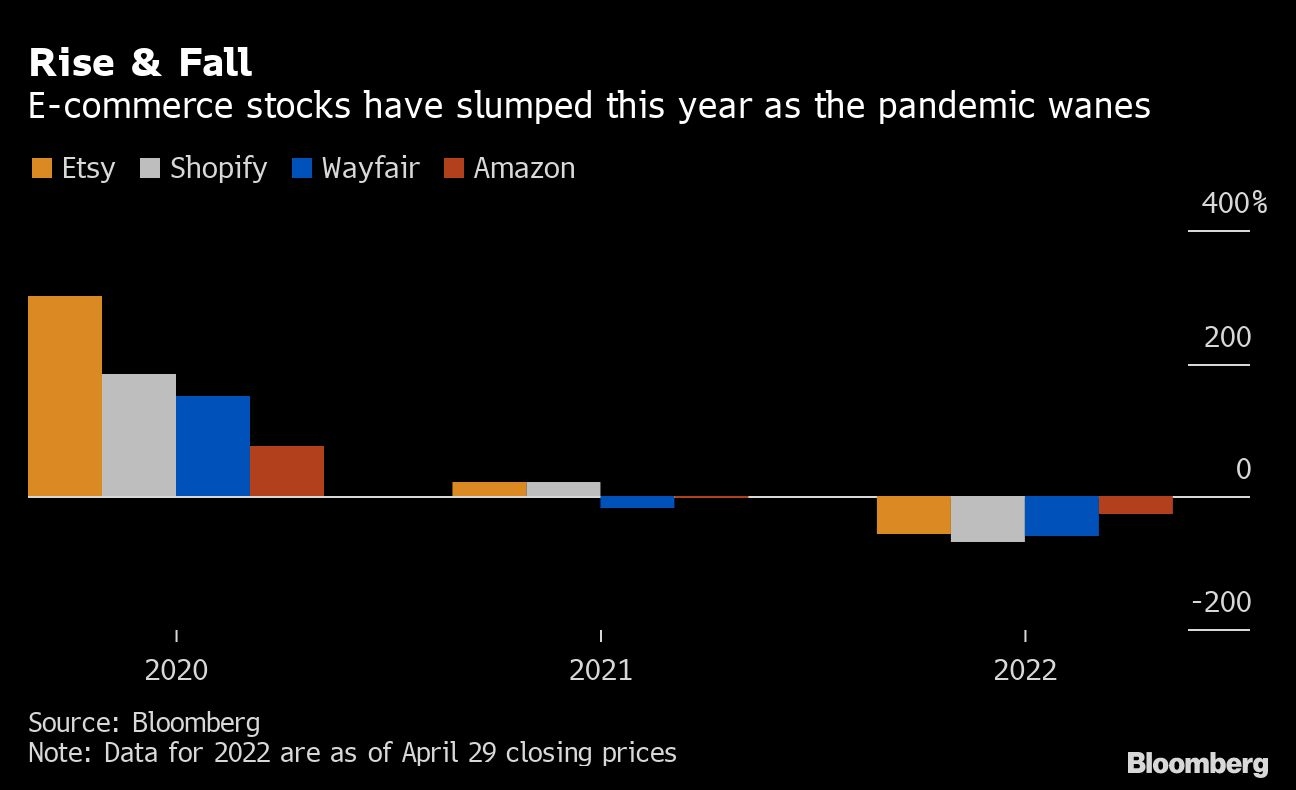 The blazing rally e-commerce stocks saw at the height of COVID-19 lockdowns in 2020 has reversed as consumers returned to their pre-pandemic habits and inflation cooled their spending. Amazon executives said they were watching for whether shoppers will trim their purchases to offset rising prices as fuel and labor costs bite.

Etsy has slumped 57 per cent this year, making it the third-worst performer on the S&P 500 Index, while Wayfair has tumbled 60 per cent. Shopify just posted its worst month on record -- it’s the biggest loser on Canada’s S&P/TSX Composite Index this year, wiping out more than US$151 billion in market value.

Despite that relentless selloff, dip buyers have been hard to come by. That might have to do with how expensive they still are. Shopify is trading on a whopping 129 times projected profits over the next 12 months and Wayfair has a multiple near 95, while Etsy’s figure is 22 -- suggesting they continue to be priced for rapid growth. That compares with about 17 on the S&P 500 and 22 for the Nasdaq 100.

However, analysts have been paring back their expectations for the upcoming quarterly results. Wayfair’s revenue was projected to fall about 15 per cent this quarter, while the 26 per cent growth expected at Shopify would be its lowest since at least 2014, according to data compiled by Bloomberg.

Etsy reports on May 4, while Wayfair and Shopify are slated to release results on May 5.

Despite near-term risks, some are staying upbeat when it comes to future growth. Poonam Goyal, a senior retail analyst at Bloomberg Intelligence, has a positive view on the long-term prospects for e-commerce.

“We’re very bullish on e-commerce, which should be able to grow at a double-digit clip for the next several years,” she said in a phone interview. “Comparisons will only get easier from here.” 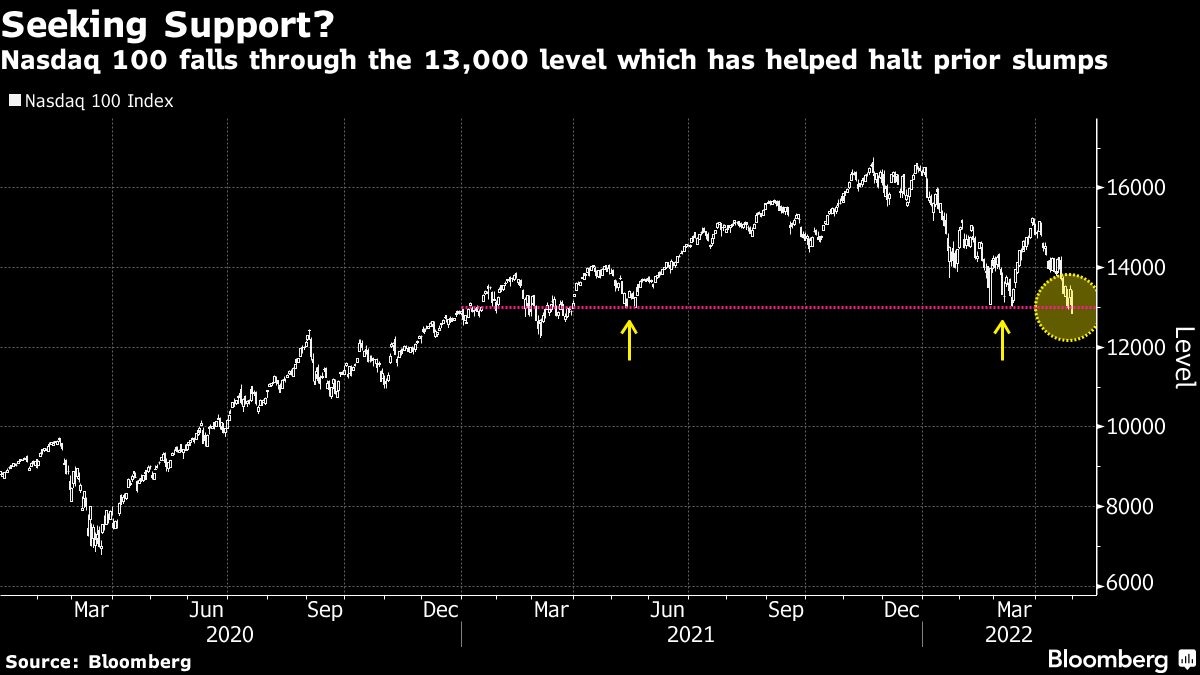 Tech stocks may be in for a prolonged selloff. The Nasdaq 100 Index, which sank more than 13 per cent in April for its worst month since 2008, has fallen below what has been a key support line for the gauge. The tech-heavy benchmark closed at 12,855 on Friday just below the 13,000 level which has previously acted to halt multiple selloffs, including in March of this year and in May 2021. Friday’s decline to below that level may mean investors should hunker down for more volatility ahead.