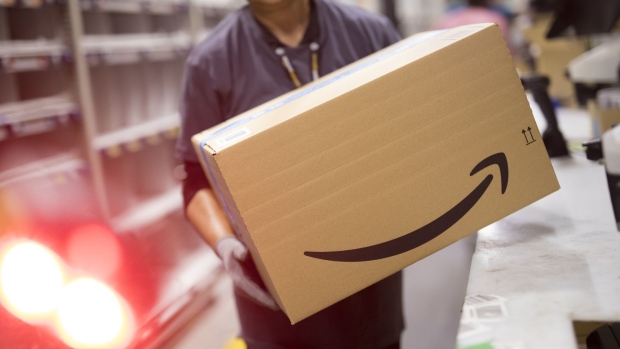 An employee carries a box at the Amazon.com Inc. fulfilment centre in Tilbury, U.K. on Friday, July 12, 2019. By offering 12 extra hours of deals during this year's Prime Day, Amazon will pull in nearly 50% more in sales, according to an estimate from Coresight Research. , Bloomberg

Amazon.com Inc. (AMZN.O) defended its use of sales data from third-party sellers in response to questions from a House panel conducting a broad antitrust inquiry of the technology industry.

Amazon argued in a letter to the head of the House Judiciary’s antitrust subcommittee released Tuesday that much of the information is public and that analyzing aggregate sales data to bolster its private label strategy is a common practice in the retail industry.

“Customers’ shopping behavior in our store is just one of many inputs to Amazon’s private label strategy,” David Zapolsky, Amazon’s general counsel, wrote in the letter to Representative David Cicilline. “We also use other factors employed across the retail industry, such as fashion and shopping trends highlighted in the press and on social media, suggestions from our manufacturers for new or complementary product lines, and gaps in our product assortment relative to our competitors,” according to the letter, which was dated July 26.

Amazon said that while it uses aggregate data from merchants, it prohibits the use of individual vendor data in its private-label strategy.

The antitrust subcommittee is scrutinizing how Amazon treats its third-party sellers as part of larger probe into the technology industry. Cicilline, a Rhode Island Democrat, expressed dissatisfaction with Amazon’s answers at a July 16 hearing before the panel, especially testimony that the company doesn’t use data it collects on sales to favor its own products over third-party sellers.

The Federal Trade Commission is also reviewing a deal Amazon made with Apple Inc. to sell iPhones directly on its e-commerce site.