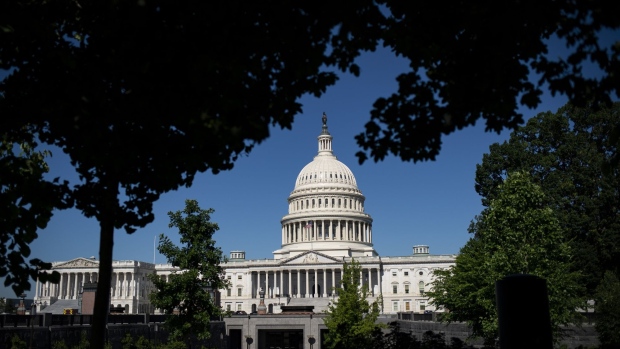 (Bloomberg) -- The chief executive officers of Amazon.com Inc., Facebook Inc., Alphabet Inc. and Apple Inc. will testify on July 27 before a congressional panel investigating competition in the technology industry, according to an announcement from the House Judiciary Committee.

Jeff Bezos, Mark Zuckerberg, Sundar Pichai and Tim Cook are likely to face a torrent of critical questions from lawmakers on the panel’s antitrust subcommittee as the investigation builds a case for revamping antitrust enforcement.

Bezos may be in for a particularly tough session. Unlike the other chiefs, the world’s richest man will be addressing Congress for the first time, and his company has sparred with subcommittee Chairman David Cicilline over previous testimony by another company official and allegations of anticompetitive conduct.

The appearances may be virtual, according to the Monday evening announcement, which said additional details on the format would be forthcoming.

“Given the central role these corporations play in the lives of the American people, it is critical that their CEOs are forthcoming,” said Cicilline and Judiciary Chairman Jerrold Nadler in a joint statement. “As we have said from the start, their testimony is essential for us to complete this investigation.”

Some of the companies had been reluctant to send their top executives even though Cicilline, a Rhode Island Democrat, has said he would be willing to subpoena CEOs. He has said he wants to use their appearances to inform a final report recommending changes to antitrust law.

Antitrust scrutiny of giant technology companies is accelerating. Facebook and Alphabet’s Google both face competition inquiries by federal enforcers and nearly all 50 states. Amazon is under investigation in California, Bloomberg has reported, and both the e-commerce giant and Apple are facing scrutiny from the European Union.

The Judiciary Committee had previously announced that the four men would testify, but had not set a date or format.