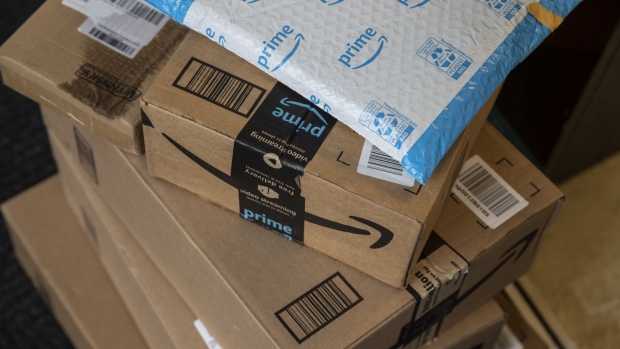 (Bloomberg) -- After a two-year hiatus, the advertising industry’s biggest conference has returned with a new heavyweight: Amazon.com Inc.

The e-commerce giant has taken over a portion of the beach front at the annual Cannes Lions show with the “Amazon Port,” its biggest showing at the conference yet and a sign of the growing significance of industry relationships to its business.

Just off the main drag of La Croisette, Cannes’ beach is where tech companies like Google and Spotify show off, with sun loungers and drinks during the day and DJs and dancing at night to lure potential customers to learn about ad offerings and build relationships.

In February, Amazon unveiled revenue from its ad business for the first time, revealing that it generated more than $31 billion in net sales last year. That’s more than doubled since 2019, and places the company’s advertising business behind Alphabet Inc. and Meta Platforms Inc.

The ad spending disclosure was a “WTF moment” for the industry, said Michael Kassan, chief executive officer of advisory and consulting firm MediaLink. “It’s never been a duopoly, it’s been a three-party circus.”

At the Amazon Port, guests can sip iced coffees from an espresso bar in the morning or drink blueberry “emojito” cocktails themed after its Twitch game streaming platform in the evening. They’ve invited speakers including writer and professor Roxane Gay, who hosted a panel on storytelling. On Wednesday night, LCD Soundsystem put on a show that capped a day-long schedule including Tai Chi and panels on sustainability and creative marketing.

The event on the French Riviera marks a step-change for the company. Just five years ago, when Amazon’s ad business was still described as “nascent,” the company drew attention for renting a suite at the Carlton Hotel.

“I’ve been meeting with Amazon at Cannes for many years,” said Mark Read, the chief executive officer of WPP Plc, the largest ad agency. “They’ve got a bigger presence here than previous occasions, but I think that reflects the size of their advertising.”

An Amazon representative declined to make executives available for interview.

Still, the beachfront parties, free swag and liquid-nitrogen ice cream bely concerns about the industry’s future. A hoped-for rebound from Covid-19 lockdowns is being clouded by a worsening economic outlook.

A profit warning from Snap Inc. in May sent social media and advertising stocks plunging amid worries that a deteriorating global economy would hurt advertising sales.

Advertising sales for Amazon come from different channels including sponsored ads, display and video. The company has also branched out into brand advertising, working with the Walt Disney Co. and Pixar to develop a campaign for the “Lightyear” movie. This week, it rolled out Amazon Marketing Stream, a new product meant to deliver improved advertising analytics.

“They are already famous,” said Luca Moura Trincanato, a copywriter at David, an agency that’s part of WPP, who was visiting the Amazon site Wednesday. “This is just a complement to prove how much they are into the advertising world.”