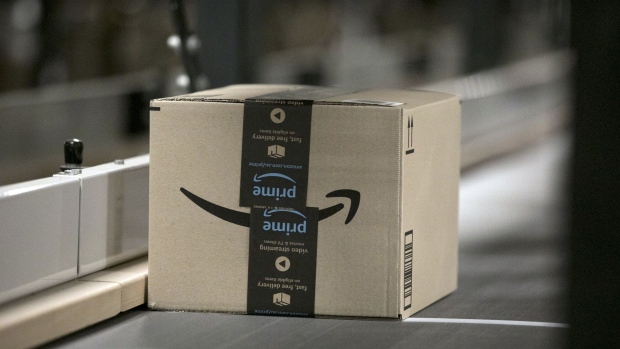 A box moves along a conveyor belt at an Amazon.com Inc. fulfillment center in Sydney, Australia, on Tuesday, July 5, 2022. Amazon.com Inc. became the third US tech giant to be subject to Germany's tough new antitrust rules targeting the dominance of a handful of powerful digital firms, and will also face a separate probe in the UK. Photographer: Brent Lewin/Bloomberg , Bloomberg

The US Occupational Safety and Health Administration is trying “to determine whether Amazon retaliated against employees” who complained to management “about the safety of the working environment following the fire,” a federal Department of Labor spokesperson said via email Thursday. The investigation was triggered by 21 complaints filed with the agency, the spokesperson said.

The probe concerns the e-commerce giant’s suspensions of workers who marched together to confront company Human Resources representatives. They had demanded to be sent home with pay following the fire because they felt unsafe, according to the Amazon Labor Union’s attorney Seth Goldstein.

“The fire occurred, the employees had concerns and the employer’s response is to suspend them,” Goldstein said.

“We do not retaliate against our employees for exercising their federally protected rights,” Amazon spokesperson Mary Kate Paradis said. “These claims have no merit and we believe OSHA will come to the same conclusion.“

The company has previously said it suspended some night-shift workers after “a small group refused to return to work and remained in the building without permission,” even though the fire department had certified the building was safe.

In a separate case at the same warehouse, a US federal judge last month ordered the company to cease and desist from retaliating against employees for workplace activism. Amazon has denied wrongdoing.

(Updates with response from employees’ lawyer)