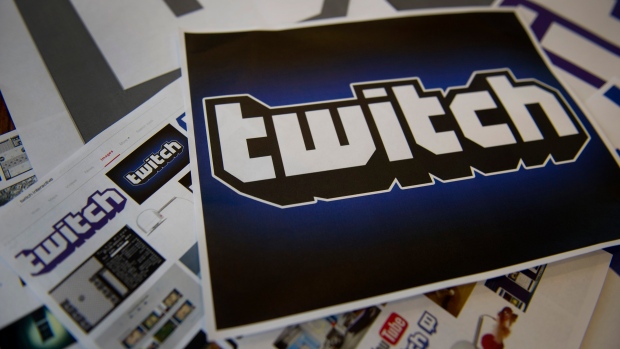 The popular website, best known as a platform for streaming and watching video games, was used by the alleged perpetrator of an attack outside a synagogue in Halle, Germany, that left two dead.

“We are shocked and saddened by the tragedy that took place in Germany today, and our deepest condolences go out to all those affected,” a Twitch spokeswoman said in an emailed statement. “Twitch has a zero-tolerance policy against hateful conduct, and any act of violence is taken extremely seriously. We worked with urgency to remove this content and will permanently suspend any accounts found to be posting or reposting content of this abhorrent act.”

In the roughly 35-minute video, a man is seen shooting two people and attempting unsuccessfully to break into the synagogue, the Verge reported. He also gave a brief speech into the camera, railing against Jews and denying that the Holocaust happened, according to the technology news site.

Twitch said the video was seen 2,200 times before it was removed 30 minutes later.

Megan Squire, a professor of computer science who studies extremism at Elon University in North Carolina, said she came across links to the Twitch stream of the attack before noon.

The first links, she said, appeared around 11:30 a.m. After a few minutes, users who had saved the video or clips of it from Twitch began spreading it on Telegram, the anonymous messaging platform. Squire, who monitors channels where such videos are frequently shared, estimates copies of the video were seen by some 15,625 accounts within the first 30 minutes it was in circulation.

Twitch’s response to curb the spread of the video “seemed fairly quick,” she said.

Sites like Facebook and Twitch “can answer to pressure to remove videos,” she said. “The real fear, for someone like myself -- I’m a computer scientist and cybersecurity analyst -- is when [they] start posting to a platform where you cannot take the video down.”

A deadly attack on worshipers at a mosque in Christchuch, New Zealand, was livestreamed on Facebook Inc. in March. The social media giant was criticized for how long it took to stop the video from appearing on its site.