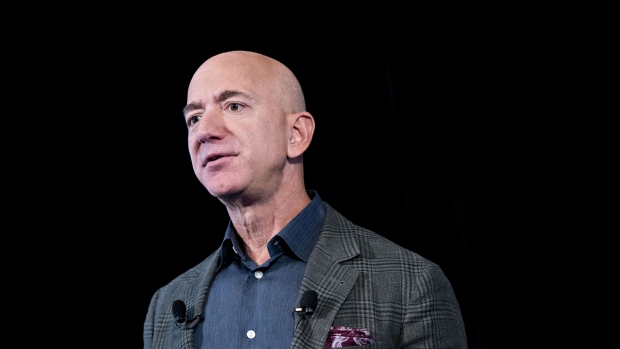 In an annual letter to shareholders, the billionaire founder outlined other steps the e-commerce giant has taken to curb the coronavirus, from shutting down non-essential services like Amazon Books to overhauling processes at Whole Foods. The next step was regular testing for all staff -- including those who showed no symptoms, he said. On Thursday, Bezos said his company had assembled a team comprising scientists, managers and software engineers to build internal testing capacity, and hoped to build its first testing lab soon.

“Regular testing on a global scale, across all industries, would both help keep people safe and help get the economy back up and running. For this to work, we as a society would need vastly more testing capacity than is currently available,” Bezos said in the letter, which offers a rare window into the thinking of the world’s richest man and his plans for the company he founded. Bezos in recent years has rarely done media interviews or commented publicly on events.

Amazon is working to keep its e-commerce operations running as the coronavirus pandemic sickens employees and disrupts supply chains. Amid criticism that Amazon wasn’t doing enough to protect workers in warehouses and on delivery routes, Bezos in March wrote to employees, thanking them for their work and predicting the outbreak “will get worse before it gets better.” He subsequently donned a mask and toured a company warehouse near Dallas, where he posed for selfies with workers.

Bezos, as is his custom, included in his note a copy of his 1997 letter to shareholders. It’s a way of reminding his audience that Amazon’s strategy of prioritizing long-term thinking and customer satisfaction over short-term profits has paid off handsomely for investors.

Last year, Bezos used his annual letter to advance an argument that Amazon’s growth had benefited third-party merchants that sell on its site. The comments were widely interpreted as a rejoinder to critics who say Amazon has amassed too much market power and should be broken up.