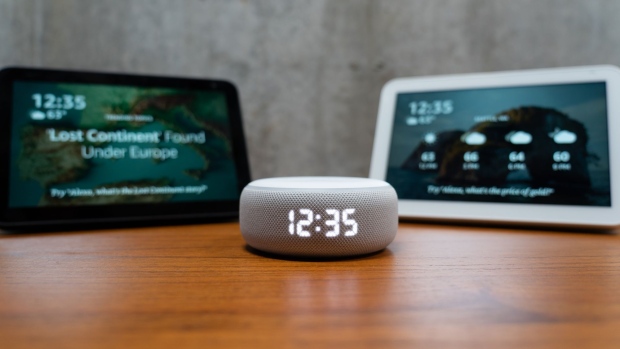 An Amazon.com Inc. Echo Dot with Clock sits on display during an unveiling event at the company's headquarters in Seattle, Washington, U.S., on Wednesday, Sept. 25, 2019. Amazon.com Inc. defended the privacy features of its Alexa digital assistant -- and introduced some new tools to reassure users -- following months of debate about the practices of the technology giant and its largest competitors. Photographer: Chloe Collyer/Bloomberg , Bloomberg

(Bloomberg) -- Amazon.com Inc. said its Alexa voice assistant service has been fixed after outages in Europe on Friday.

Outages in the U.K., France, Italy and Spain spiked into the thousands after 6 a.m. in London on the website downdetector.co.uk, which collects and shares real-time information on technology services. Users in those countries reported issues on social media platform Twitter.

An Amazon spokeswoman said by email there was “an issue that impacted some Alexa customers’ ability to interact with the service,” but that it was now back up and running.