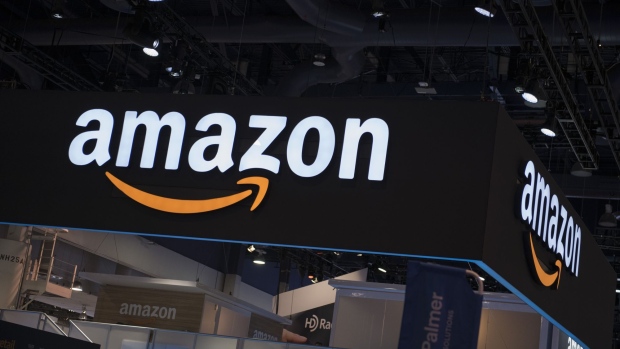 Amazon.com Inc. has asked the U.S. Court of Federal Claims to allow it to question President Donald Trump in its lawsuit challenging the loss of a highly lucrative cloud contract.

In a court filing made public on Monday, Amazon asks to question Trump and top Pentagon leaders about their role in the Pentagon’s Joint Enterprise Defense Infrastructure, or JEDI, cloud contract that was awarded to Microsoft Corp. in October.

Amazon is seeking evidence to show political interference cost the company the cloud deal. Among the leaders Amazon seeks to depose are Trump, former Defense Secretary James Mattis, Defense Secretary Mark Esper and Dana Deasy, the Pentagon’s chief information officer, as well as other individuals involved in the selection process, according to the Jan. 17 filing.

Amazon faces an uphill battle to persuade a judge to order the president to participate in a deposition in this case, procurement experts said.

“It is absurd to think that this President, at this point, would sit for a deposition or, for that matter, show respect for the legal system,” Steven Schooner, a professor at the George Washington University Law School, said in a statement.

Amazon spokesman Drew Herdener said in a statement the company is seeking the additional evidence to preserve the public’s confidence in the procurement process. Rachel VanJohnson, a spokeswoman for the Defense Department’s Cloud Computing Program Office, said in a statement the Pentagon “strongly opposes” Amazon’s request to depose its senior officials because it would delay implementation of the technology program. The contract is worth up to US$10 billion over a decade.

Amazon’s lawsuit chronicles a laundry list of comments and actions by Trump and the Defense Department that it claims show the Pentagon bowed to political pressure when awarding the deal to Microsoft. In one case, Amazon cites claims in a book by Mattis’ former speechwriter, Guy Snodgrass, that Trump told Mattis in the summer of 2018 to “screw Amazon” by locking it out of the bid. Mattis has criticized the book.

Amazon also mentions comments Trump made in July 2019 when he said he was looking “very seriously” at the cloud-computing contract, citing complaints from Microsoft, Oracle Corp. and International Business Machines Corp.

Amazon Web Services is seeking additional material to present to the judge, including “facts not currently known or accessible to AWS demonstrating exactly how President Trump’s order to ‘screw Amazon’ was carried out during the decision-making process,” the company’s filing said.

The president has long criticized Bezos over everything from the shipping rates his company pays the U.S. Postal Service to his ownership of The Washington Post. In December 2015, Bezos joked on Twitter about wanting to send Trump to space.

Finally trashed by @realDonaldTrump. Will still reserve him a seat on the Blue Origin rocket. #sendDonaldtospace https://t.co/9OypFoxZk3

Deasy, the Pentagon’s chief information officer, has said that as far as he knows, no one from the White House reached out to any members of the JEDI cloud contract selection team.

While no law prohibits a president from weighing in on a contract, federal agencies must choose vendors based on the technical criteria outlined in their requests for proposals, not opinions from politicians, according to procurement officials.

In order to win Trump’s testimony in this case, Amazon would have to offer evidence that he followed up on his public comments about Amazon with private instructions to the officials running the procurement, said Charles Tiefer, a professor at the University of Baltimore School of Law.

The judge could still grant Amazon permission to obtain more communications between the White House and the Pentagon about the contractwithout giving permission to conduct the depositions, Tiefer said.

Letting a losing bidder depose a sitting president “may have not have been seen before,” Tiefer said. Yet “it’s far from impossible.”