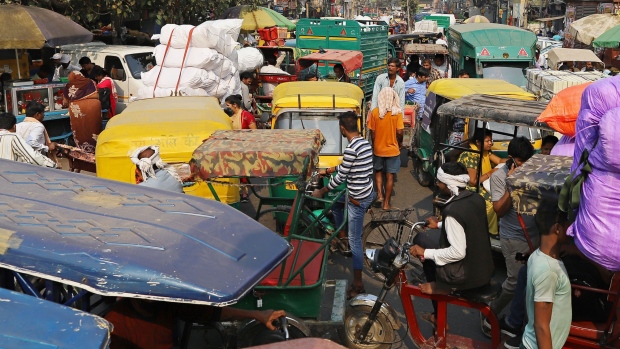 Amazon.com Inc. is starting its first mobile-only Prime Video plan, targeting the hundreds of millions of entertainment-hungry smartphone users in India as the country’s streaming market surges. The single-user plan is available to wireless carrier Bharti Airtel’s prepaid customers for as low as 89 rupees (US$1.20) a month after a 30-day free trial. The streaming plan comes with 6 gigabytes of data, which can also be used on other services. Customers can recharge on Airtel’s app and at the carrier’s more than 1 million outlets. Amazon and rivals Netflix Inc., Google’s YouTube and Walt Disney Co. are ramping up streaming services in the world’s second-biggest smartphone market, where mobile internet prices are among the lowest on the planet. The companies are plowing hundreds of millions of dollars into creating original shows in multiple languages and buying rights to Bollywood film premieres and cricket games.

“We want to democratize the access to content and through this unique offering reach hundreds of millions of users,” Gaurav Gandhi, director and India head for Amazon Prime Video, said in a phone interview. About 85 per cent of internet access in India is via mobile devices and nearly 90 per cent of all mobile users that access data are on prepaid plans, he said.

Prime Video already has customers in more than 4,300 cities and towns in India and the new plans will help Amazon push deeper into the hinterland. In the next few years, India will have as many streaming-service users as TV viewers and that calls for innovation on the product and distribution fronts, Gandhi said. The Seattle-based e-commerce giant’s streaming service is available in about 240 countries and territories while its Prime membership with shopping and shipping is available in 19 countries including India. The nation of 1.3 billion is the first where a Prime Video standalone plan is available aside from the Prime membership. Meanwhile, rivals are targeting the same demographic. Netflix has a mobile-only plan in India for 199 rupees while Disney+ Hotstar starts as low as 99 rupees.

Airtel, with more than 300 million subscribers in India, is the rollout partner for Prime Video Mobile Edition but Amazon intends to chase the country’s vast base of prepaid mobile users by partnering with other operators. India’s online-video market will expand to US$4.5 billion over the next five years, growing at an annual rate of 26 per cent from 2020 to 2025, research firm Media Asia Partners said in a report this week. Dozens of streaming services saw rocketing user growth as prolonged coronavirus lockdowns forced Indians to largely remain indoors. Content investment reached US$700 million in 2020, Media Asia Partners said. In late 2020, Amazon announced a foray into livestreamed sports in India, threatening Disney’s dominance, by snapping up the rights to the national team’s two test cricket tours to New Zealand. “Cricket is India’s biggest passion so this is a natural progression for us,” Gandhi said. Amazon is expected to bid for other big cricket events such as the Indian Premier League, for which Disney’s streaming rights expire in 2023.

India being one of the fastest-growing markets for Prime Video, Amazon is deeply invested in the country, Sameer Batra, director of mobile business development, said during the same phone interview.

“We are just getting started here,” he said.