A stock split and a massive buyback could just be the boost Amazon.com Inc. needs to break out of a spell of prolonged share price weakness.

Amazon said late Wednesday it intends to boost its outstanding shares by a 20-to-1 ratio, the e-commerce giant’s first stock split in more than two decades. That news, combined with a US$10 billion share-buyback proposal, saw the stock advance 5.4 per cent on Thursday, even as other mega-caps fell. Trading on a split-adjusted basis is expected to begin on June 6, according to a company filing.

Morgan Stanley analyst Brian Nowak said it’s encouraging that Amazon is turning more “shareholder friendly,” with the company joining the likes of Apple Inc. and Alphabet Inc. which have used splits to make their stocks more attractive to retail investors.

Historically, splits are positive events for the companies that enact them, according to data from BofA Global Research. The firm calculated that average returns a year after the announcement are 25 per cent, compared with 9 per cent for the overall market. Companies in the discretionary, tech, and health care sectors have averaged between 26 per cent and 38 per cent in the 12 months following a stock split announcement, it added.

Following a split, “investors who have wanted to gain or increase exposure may start to rush for the chance to buy,” wrote analyst Jared Woodard. 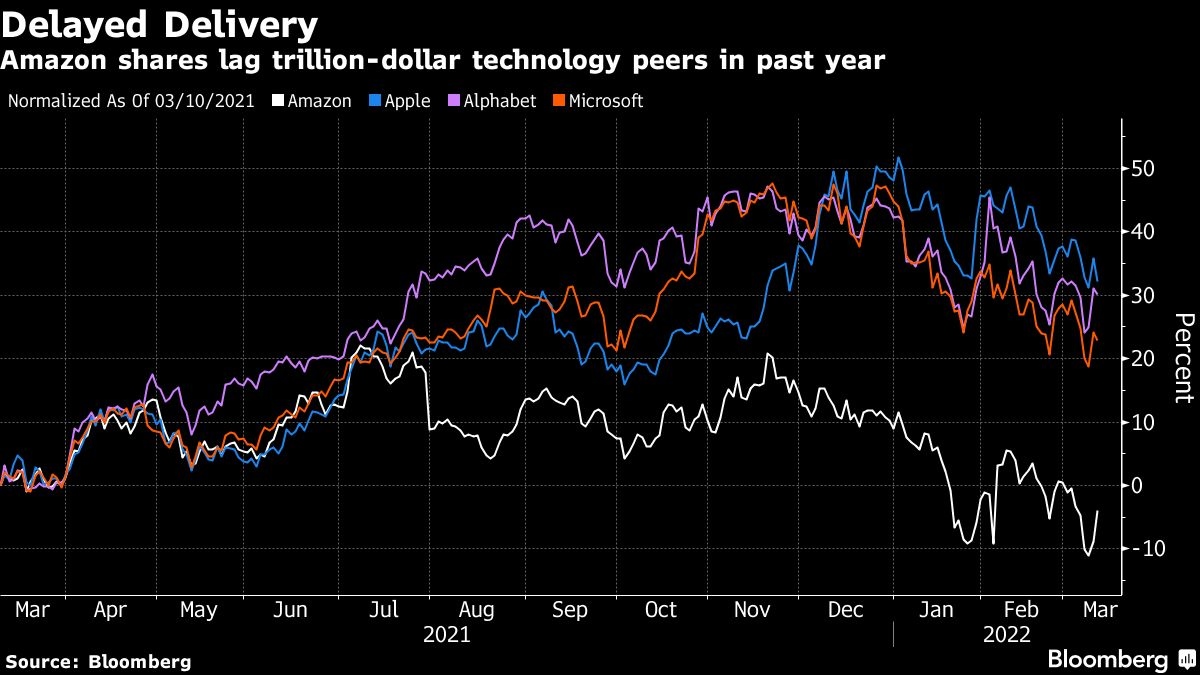 Small investors have needed upward of US$2,500 to own an Amazon share and a 20-for-1 split will reduce the price to roughly US$139, based on Wednesday’s closing level. Alphabet and Amazon are the last two of the five biggest U.S. technology companies by revenue to have four-digit stock prices. Alphabet’s split is set for July.

The buyback news might be more significant to Wall Street. Morgan Stanley’s Nowak noted that Amazon’s previous repurchases gave its shares an average 12-month return of 100 per cent, showing how well-timed they have been.

A move of that scale could finally deliver payoff for Amazon’s bullish Wall Street analysts. Every analyst who covers the stock has a buy recommendation, the only such unanimity among big tech peers. 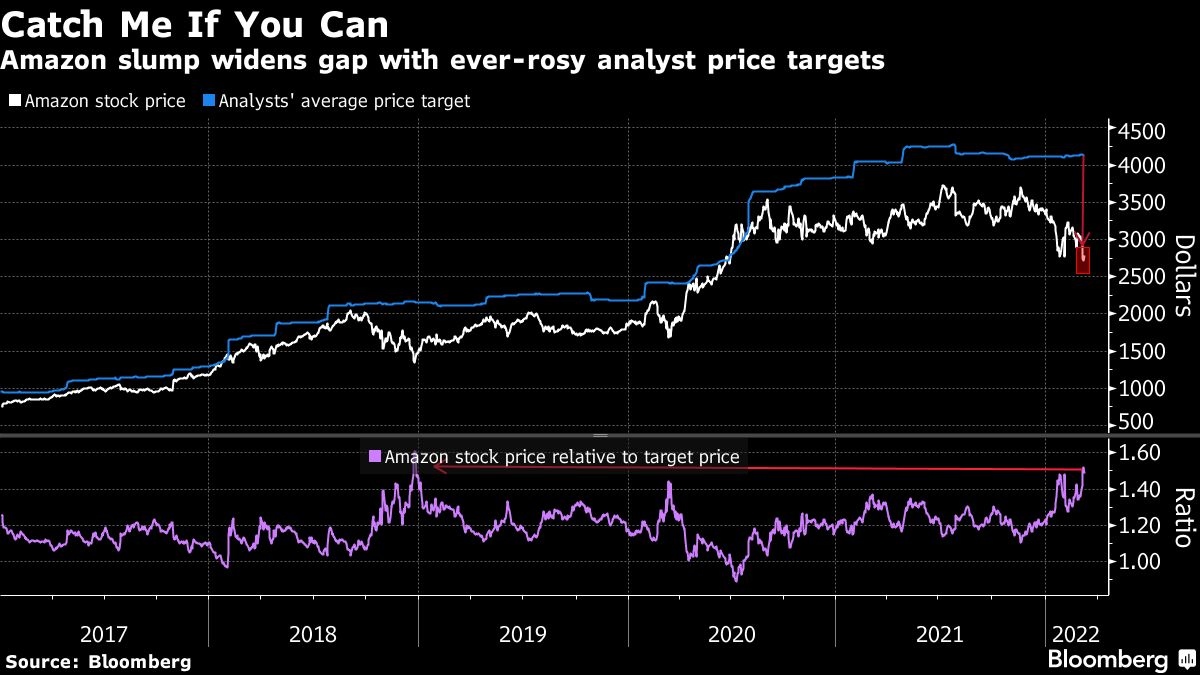 Most have kept their price targets, even as the stock’s drop since November widened the gap to the average analyst target. Brokers expect a jump of more than 40 per cent from current levels. Amazon shares fell to levels not seen since mid-2020 earlier this week, the only laggard among trillion-dollar tech companies in the past year.

The split could also simplify some of the headaches associated with fractional stock ownership, particularly for those of the company’s hourly employees who receive stock-based compensation.

Amazon is reordering its pay structure, which has long emphasized stock ownership. Amazon for years had capped corporate employees’ base pay at US$160,000, meaning much of the compensation for executives and highly coveted software developers arrived in shares. That’s a boon to recruiting when Amazon’s stock is rising, but a drag during periods of stagnation or declining prices.

Amazon last month said it would raise its maximum base pay to US$350,000.