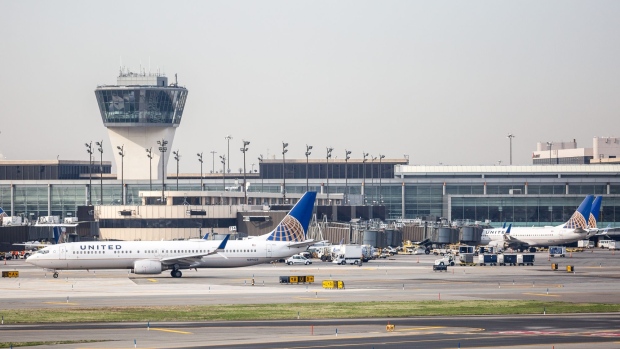 A United Continental Holdings Inc. airplane taxis outside the company's terminal at Newark Liberty International Airport (EWR) in Newark, New Jersey, U.S., on Wednesday, April 12, 2017. United Airlines is under fire for forcibly removing a passenger from a plane in Chicago shortly before departure to make room for company employees, an incident which demonstrates how airline bumping can quickly veer into confrontation. , Bloomberg

Amazon Gobal Air, the company’s cargo airline, plans to spend $125 million to transform two existing buildings at the airport, according to a Port Authority news release. The agency will receive $157 million in rent over a 20-year lease and an upfront payment of $150 million. The lease is expected to take effect later this year, the Port Authority said.

“With this new partnership, Newark will continue to be a global leader in logistics,” Murphy said in a news release. “This new e-commerce hub will provide needed revenue to the Port Authority while also bringing new jobs to our state.”

The lease is subject to final negotiation.