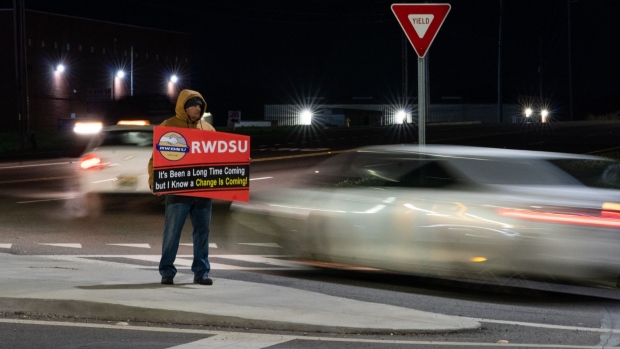 (Bloomberg) -- A U.S. federal labor official has ordered a new union election at an Amazon.com Inc. warehouse in Alabama.

After losing the first election, the Retail, Wholesale and Department Store Union appealed the outcome to the National Labor Relations Board, alleging that Amazon had intimidated workers and pressured them to cast votes in a mailbox the company had installed on its property in view of security cameras. Amazon denied any wrongdoing.

“Today’s decision confirms what we were saying all along -- that Amazon’s intimidation and interference prevented workers from having a fair say in whether they wanted a union in their workplace,” RWDSU President Stuart Appelbaum said in a statement. “Amazon workers deserve to have a voice at work, which can only come from a union.” Amazon didn’t immediately respond to a request for comment.

It’s by no means certain that the RWDSU would prevail in a second election. Union membership is a tough sell in Bessemer, Alabama, where Amazon’s wages and health benefits go much further than they do in pricier cities such as New York. And, once again, Amazon can be expected to mount a fierce counter-offensive, including mandatory “information sessions” designed to make workers question the benefits of union membership.

Still, the company is facing unprecedented labor unrest. A fledgling union founded by former and current Amazon workers is trying to unionize four facilities in Staten Island. Meanwhile, the Teamsters are looking to organize facilities in Canada. Amazon currently has no unionized workers in North America.