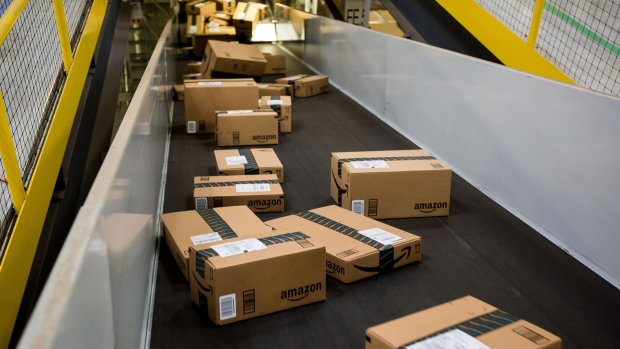 Amazon.com Inc. is partnering with a government counterfeit watchdog to conduct inspections of suspected fake goods at U.S. ports of entry, the company’s latest attempt to excise bogus products from its web store.

The world’s largest online retailer is teaming up with the National Intellectual Property Rights Coordination Center, a group led by the Department of Homeland Security, “to analyze data and conduct targeted inspections aimed at preventing counterfeit products from entering the U.S. supply chain,” Amazon said Tuesday in a statement. The initiative is called Operation Fulfilled Action.

More than half of the products for sale on Amazon’s site are listed by independent sellers. The embrace of such third-party merchants and a highly automated store mean the company is constantly playing whack-a-mole with counterfeiters. Amazon’s spotty record in controlling the scourge has turned off customers and brands that otherwise might put more of their products on the site.

The Seattle-based company in recent years has touted its efforts to rid itself of fake products, announcing the creation earlier this year of its Counterfeit Crimes Unit, which supports law enforcement investigations.