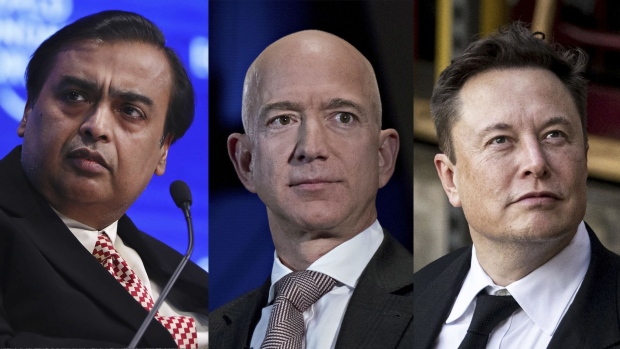 Mukesh Ambani, Asia’s richest person, joined Jeff Bezos and Elon Musk in the world’s most exclusive wealth club with a fortune of at least US$100 billion.

The chairman of India’s Reliance Industries Ltd. entered the rarefied group of 11 men as his conglomerate’s stock climbed to a record on Friday. He’s now worth US$100.6 billion, according to the Bloomberg Billionaires Index, after his wealth increased by US$23.8 billion this year. 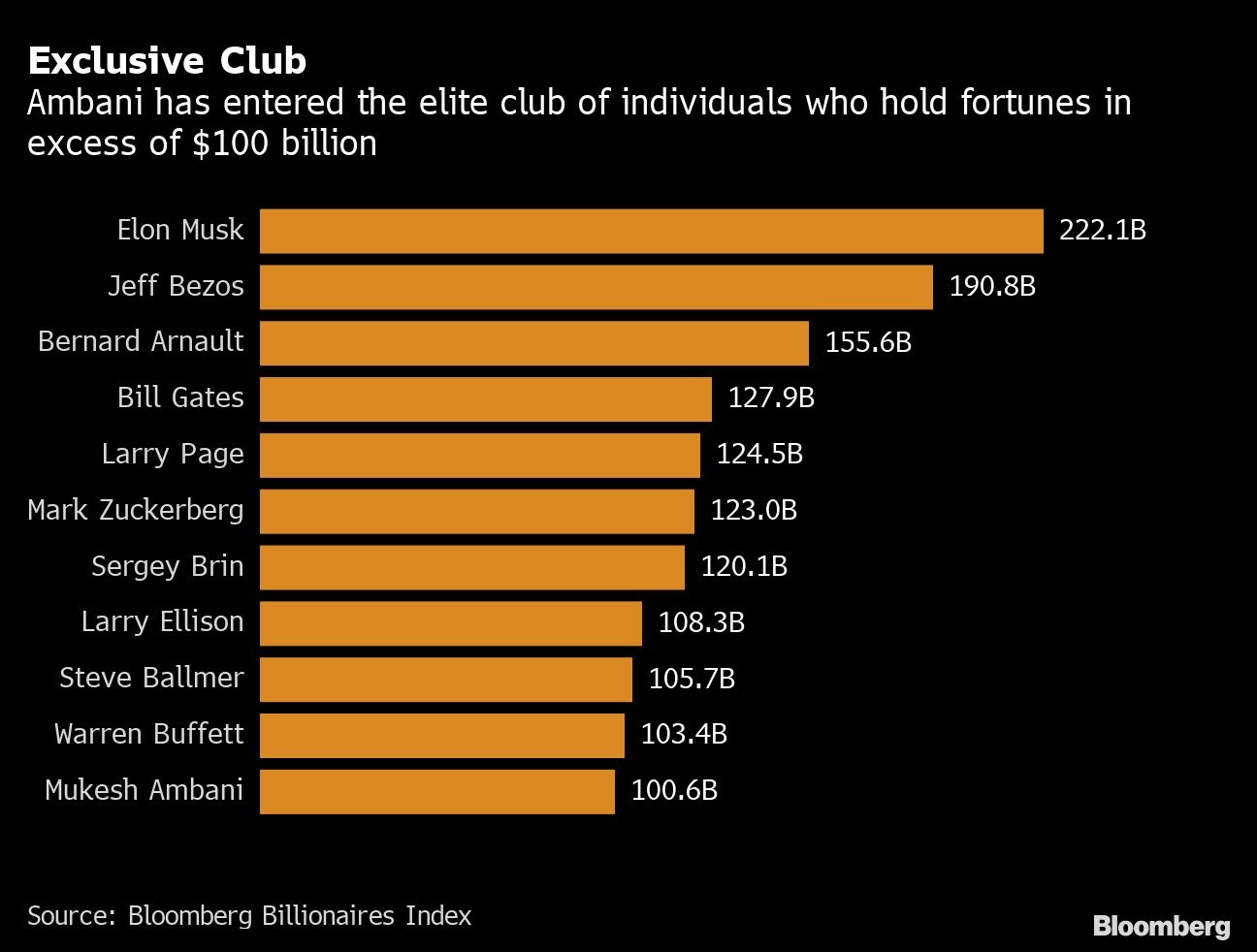 Since inheriting the oil-refining and petrochemicals businesses of his late father’s empire in 2005, Ambani, 64, has been seeking to transform the energy giant into a retail, technology and e-commerce titan. His telecommunications unit, which started services in 2016, is now the dominant carrier in the Indian market. His retail and technology ventures raised about US$27 billion last year, selling stakes to investors ranging from Facebook Inc. and Google to KKR & Co. and Silver Lake.

Ambani unveiled an ambitious push into green energy in June, with a planned investment of about US$10 billion over three years. And last month, the mogul said his company would “aggressively” pursue production of cheaper green hydrogen. The plan aligns with Prime Minister Narendra Modi’s ambitions of turning India into a global manufacturing hub for the cleaner fuel to combat climate change and slash energy imports by the world’s third-biggest oil consumer.

While Ambani’s announcement has been viewed by some as an acknowledgment that his group needs to look beyond oil to cement its future, the fossil fuel still plays a central role at Reliance, accounting for almost 60 per cent of its US$73 billion in annual revenue. The oil-to-chemicals business is now a separate unit, and talks are under way to get Saudi Arabian Oil Co. as an investor.

“Mukesh Ambani is at the forefront of creating new businesses with new emerging technologies,” said Chakri Lokapriya, chief investment officer at TCG Asset Management Co. in Mumbai. “Creating businesses of scale at speed brings execution challenges, but he has demonstrated his capabilities.”

The story of Reliance dates back to the late 1960s when Dhirubhai Ambani, who started out as a gas-station attendant in Yemen, began building his polyester business into a vast empire. When he died of a stroke in 2002 without leaving a will, a succession feud erupted between his two sons, Mukesh and Anil, 62, which was eventually settled by the siblings’ mother, Kokilaben, in 2005.

Under the truce agreement, Mukesh got control of the flagship oil refining and petrochemicals businesses, while his younger brother got newer areas such as power generation, financial services and telecommunications services. Anil - once a billionaire - told a London court last year that his net worth was “zero.”

India’s billionaires are some of the largest gainers on the world’s rich list, as Asia’s best-performing major stock market this year gets a boost from a surge in initial public offerings.

Gautam Adani, founder of coal-power and renewable energy conglomerate Adani Group, has added US$39.5 billion to his fortune this year, while the country’s third-richest person, technology tycoon Azim Premji, saw his wealth to grow by US$12.8 billion.