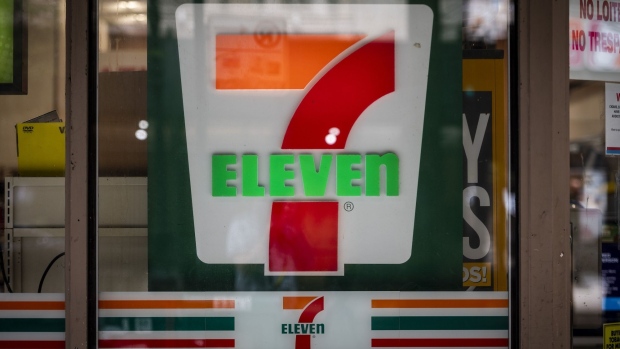 Signage is displayed outside a 7-Eleven store, a subsidiary of Seven & i Holdings Co., in Chicago, Illinois, U.S., on Monday, Aug. 3, 2020. Seven & i Holdings Co., the world's largest convenience-store franchiser, agreed to buy Marathon Petroleum Corp.’s Speedway gas stations for $21 billion, betting that an expanded U.S. footprint will deliver growth amid the uncertainty of the pandemic. Photographer: Christopher Dilts/Bloomberg , Bloomberg

Ambani’s Reliance Retail Ltd. secured the pact just days after troubled supermarket operator Future Retail Ltd. terminated its own agreement with one of the world’s biggest convenience chains. The first 7-Eleven store will open Saturday in a Mumbai suburb, and will be followed by a further “rapid rollout” starting across India’s financial hub, Reliance Retail said in a statement Thursday, without providing financial details.

Reliance scooped the transaction after indebted Future Retail this week said it ended the agreement it inked with 7-Eleven in 2019 by mutual consent after it was unable to open the brand’s stores or pay franchisee fees. Ambani is locked in a bitter court battle with Amazon.com Inc. for the assets of Future Retail, which is one of the biggest brick-and-mortar chains in India.

The move is part of the powerful tycoon’s wider ambition to seize India’s growing formalized retail space. Reliance is expanding its foothold at a rapid rate, adding 1,500 new stores last year to a total of nearly 13,000, Ambani said at a shareholders meeting in June.

“India is the second-largest country in the world and has one of the fastest-growing economies,” 7-Eleven’s President and Chief Executive Officer Joe DePinto said in the statement. “It’s an ideal time for the largest convenience retailer in the world to make our entry into India.”