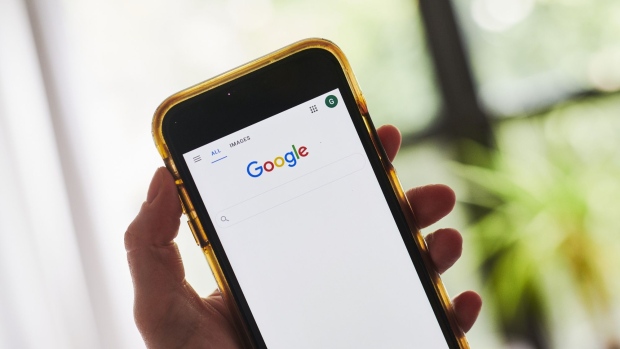 The Alphabet Inc. Google search page is displayed on a smartphone in an arranged photograph taken in the Brooklyn Borough of New York, U.S., on Friday, July 24, 2020. Alphabet Inc. is scheduled to release earnings figures on July 30. Photographer: Gabby Jones/Bloomberg , Bloomberg

(Bloomberg) -- Reliance Industries Ltd., led by Asia’s richest man, along with its partners plans to seek a license to enter India’s burgeoning digital payments business, people with knowledge of the matter said.

India’s largest company by market value is teaming up with its investors Facebook Inc. and Google, as well as homegrown technology service provider, Infibeam Avenues Ltd., to apply for a license from the Reserve Bank of India, according to the people who asked not to be identified as the discussions are private. The consortium is developing a detailed plan currently, they said.

A Reliance spokesman declined to comment. A representative for Infibeam also declined to comment “citing confidentiality agreements.” Emails to representatives at Google and Facebook weren’t immediately answered. The development was first reported by the Economic Times, which said that a consortium led by the Tata Group and another by Amazon.com Inc. were among other applicants.

Reliance’s interest in setting up an electronic payment platform underscores billionaire Mukesh Ambani’s vision of pivoting the conglomerate toward consumer businesses of telecom, retail and e-commerce -- a vision that received $27 billion from global investors last year. The Reserve Bank has called for applications from those keen to enter India’s digital payments space by March 31 and is expected to study the proposals over the next six months.

The Indian digital payments market is estimated to touch $1 trillion by 2023, according to Credit Suisse Group AG. Ambani’s venture, if granted a license, will compete against the state-run National Payments Corp. of India. for a slice of the market, which was boosted amid the pandemic and lockdowns last year that forced people to stay at home.