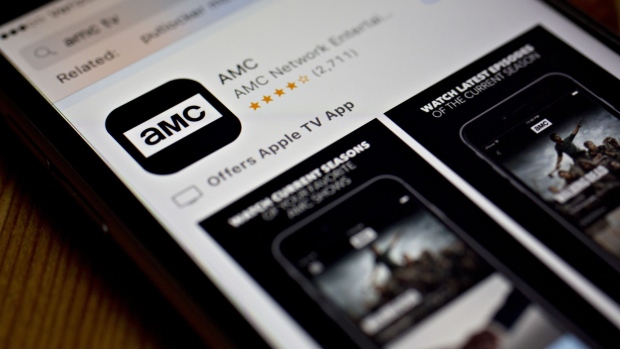 The New York-based company, which operates a suite of channels, disclosed the surprise departure of Christina Spade Tuesday after just three months on the job. In a memo to employees, Chairman James Dolan said the company has tried to grow its streaming business to replace the loss of cable-TV subscribers.

“It was our belief that cord-cutting losses would be offset by gains in streaming,” Dolan said. “This has not been the case.”

AMC Networks, a smaller channel operator, has been especially hard hit by the loss of viewers to streaming services like Netflix and Disney+, suffering declines in advertising and subscription revenue. In its latest quarter, sales shrank 16%. The company had 1,739 employees at the end of 2021, and expects to cut about 20% of its US staff.

In his memo, Dolan said the company plans “a large-scale layoff as well as cuts to every operating area.”

The board is finalizing a replacement for Spade. No reason was given for her departure. She is entitled to a severance of around $10 million, along with restricted stock units and other awards, according to a filing outlining her employment agreement.

“The news is a complete surprise,” said Doug Creutz, an analyst at Cowen & Co. With no apparent successor lined up, AMC shares will be under pressure until the company “can reassure investors that Spade’s exit was not related to any financial-related issues,” he said.

The change continues a leadership revolving door. AMC, known for its flagship cable channel, along with networks such as IFC and SundanceTV, had been run by Josh Sapan before a similarly sudden exit last year. Matt Blank served as interim CEO before Spade, who was previously chief operating officer and chief financial officer. She became chief executive in September.

Shares of AMC, which isn’t related to the similarly named theater chain, fell as much as 11% to $18.39 in New York. The stock had fallen 40% this year through Monday’s close, in line with other pay-TV stocks that have tumbled this year.

Turnover at the top adds to the challenges faced by AMC, which is shifting to the streaming age as cord cutters drop their cable packages.

While online subscriptions to AMC+ and the company’s other services jumped 44% last quarter from a year earlier to 11.1 million, total sales dropped. The forces weighing on AMC contributed to the downfall of Walt Disney Co. CEO Bob Chapek earlier this month.

Adding to AMC’s woes, one of its most popular programs just ended its run. The Walking Dead zombie apocalypse show concluded its 11th and final season on Nov. 20, and the company, which also aired Mad Men and Breaking Bad, has struggled to find another hit of that scale.

Three Walking Dead spinoffs are in the works, AMC said earlier this month. The company is also banking on a collection of programs based on the works of author Anne Rice, including Interview With the Vampire.