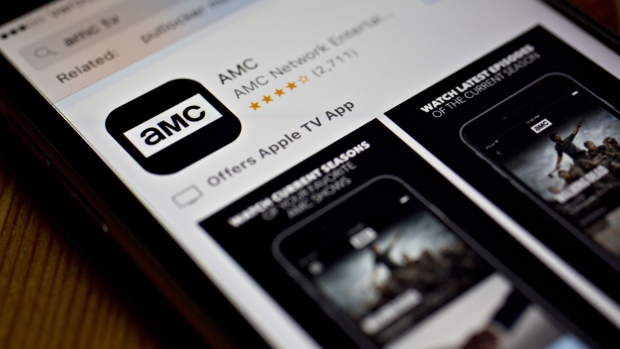 AMC Networks Inc. surged in late trading after the company announced a major stock buyback and said the 93-year-old Charles Dolan will step down as executive chairman.

The owner of cable networks such as AMC and BBC America is planning a modified Dutch-auction tender offer and will purchase as much as US$250 million of its Class A shares. That represents about 30 per cent of the total at current prices, making it a significant event for investors.

“AMC Networks has a strong financial position and the proposed tender offer is a significant expression of strength and the board’s confidence in our company’s future,” Chief Executive Officer Josh Sapan said Tuesday in a statement.

A modified Dutch-auction lets shareholders say how much stock they want to tender -- and at what price -- within a range. AMC set parameters of US$22.50 to US$26.50, noting that the stock closed at US$20.77 on Tuesday.

In the boardroom, meanwhile, Dolan’s son Jim will take the chairman role -- though on a nonexecutive basis. It was the second job change for AMC Networks on Tuesday: Its finance chief is leaving to take the same role at Sirius XM Holdings Inc.

“The Dolans have led this company from its inception, and both Charles and Jim have provided vision, guidance and support through its long history of growth and evolution,” Sapan said. “We look forward to their continued leadership as AMC Networks continues to stand out in a crowded environment through the strength and quality of our content and ability to forge strong and lasting relationships with viewers and fans.”