GameStop Corp. shares rose 15 per cent in premarket trading and were on course to open at the highest level this year after the video-game retailer announced plans for a stock split, fueling a rally in fellow so-called meme stocks.

GameStop became the latest high-flying firm to propose a share split after technology giants Alphabet Inc., Amazon.com Inc. and Tesla Inc. laid out similar goals in recent weeks. Retail investors have welcomed the announcements by buying into the stocks in large volumes.

Meme stocks have seen a pick-up in retail-investor demand this week with individual investors snapping up AMC Entertainment Holdings Inc. and Hycroft Mining Holding Corp. While there seems to have been a revival in meme-stock rallies, they pale in comparison to those in 2021 when stocks such as GameStop almost tripled in a single session. 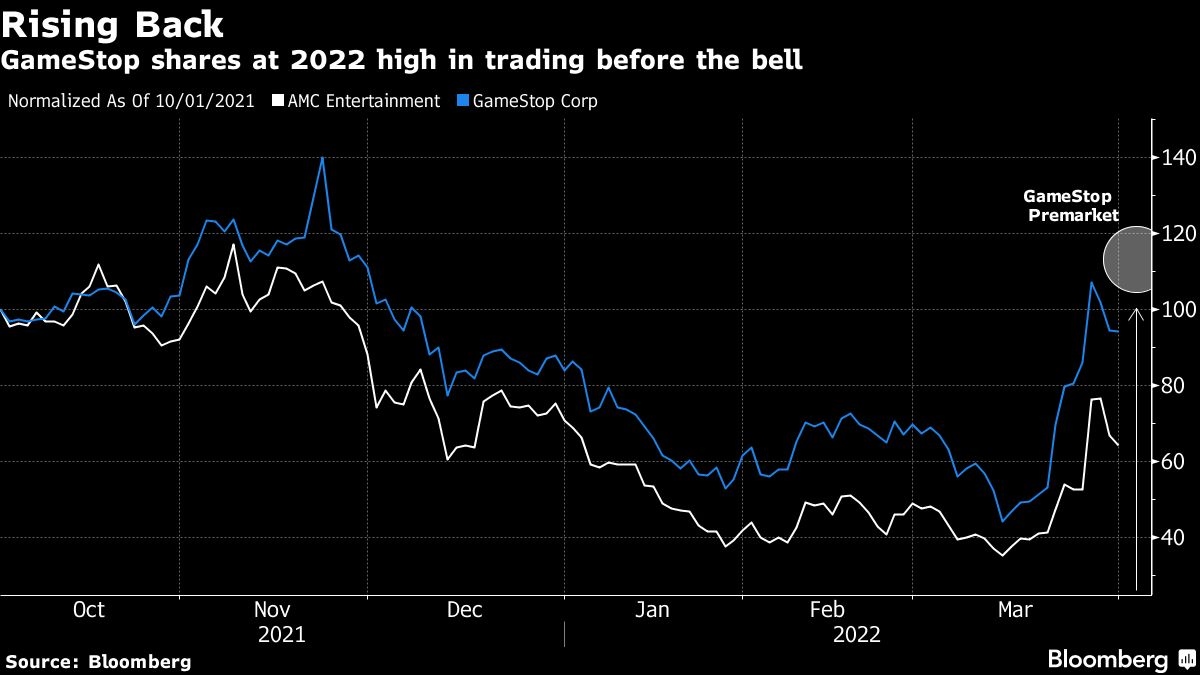 Shares of AMC and Hycroft were up more than 5 per cent each in trading before the bell.

The meme stock frenzy has led to oscillations in GameStop’s shares over the past year as the company became a poster child for the phenomenon that saw retail investors organizing in online forums like Reddit to boost the stock by more than 700 per cent in 2021.