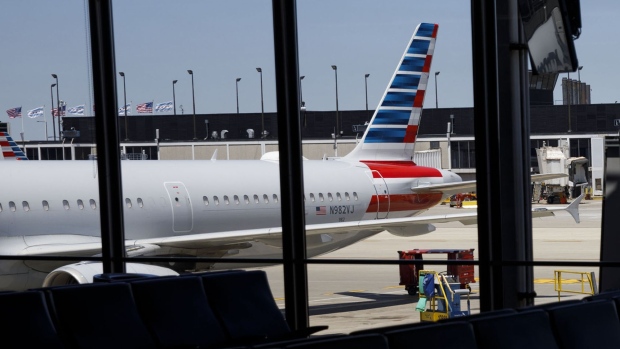 American Airlines Group Inc. followed its two biggest rivals by ditching a US$200 fee to change a domestic ticket for most passengers but will go a step further in an effort to lure back travelers, allowing purchasers of its cheapest fares to pay for cabin upgrades and more leg room.

The dropped change fee, which doesn’t apply to Basic Economy tickets, is for domestic flights and those to Canada, Mexico, Puerto Rico, the Caribbean and the U.S. Virgin Islands, American said in a statement Monday. Charges of as much as US$750 to alter a trip to other international destinations remain in place. American, like United, also will allow passengers to fly on a standby basis the same day as their original flight without paying an extra charge, starting Oct. 1.

Similarly, Delta Air Lines Inc. is dropping its change fee on domestic flights and those to Puerto Rico and the U.S. Virgin Islands, except for Basic Economy tickets, according to a statement. The carrier said it will also extend its waiver on change fees for newly purchased international and Basic Economy tickets through the end of the year.

The changes come as the carriers desperately try to woo people back on planes. With Labor Day approaching, the industry is moving into what typically is the slowest period of the year, and lucrative business passengers are avoiding flying because of the coronavirus pandemic. U.S. travel demand remains about 70 per cent below year-earlier levels, prompting billions of dollars in airline losses.

United Airlines Holdings Inc. on Sunday announced plans to drop its change fee, becoming the first U.S. carrier to permanently end the levies, which airlines suspended earlier this year amid stay-at-home orders. Delta followed earlier on Monday. Fort Worth, Texas-based American on Monday extended its suspension of the charge for tickets purchased by Dec. 31 for any travel going forward.

Currently, Basic Economy passengers on American can carry on a suitcase and a personal item but aren’t eligible for upgrades and have to board last. They can’t choose a seat at the time of booking or make any changes without paying a fee. While airlines started the new class of lower-cost fares to better compete with ultra-discounters, the real value has been that many people lured by the fare end up buying a higher-priced ticket once they understand the restrictions.

Under American’s new policy, Basic Economy passengers will also be able to purchase priority boarding, and elite members of the airline’s loyalty program will be able to apply their current travel benefits such as free upgrades to all tickets, including Basic Economy.

Dropping the change fee brings policies closer to those of rival Southwest Airlines Co., which has never charged customers to switch tickets. Travelers at all U.S. airlines are required to pay any difference in fares if they switch to a different flight.

Altogether, 10 U.S. carriers reported a combined US$2.8 billion in fee revenue last year, according to the Transportation Department.