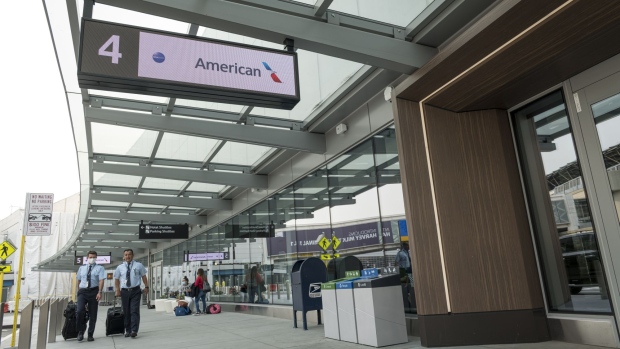 “Throughout the summer of 2021, middle management chose to advance cancel hundreds of flights disrupting thousands of travel plans while at the same time damaging the American Airlines brand,” according to a resolution passed by the Allied Pilots Association’s board late Thursday.

Following summer weather issues, two-thirds of cancellations were “due to management’s failure to connect pilots with airplanes,” the resolution said. The union also said it would warn potential new pilots about how American’s scheduling policy could affect their quality of life.

The airline’s problems came to a head this summer when it scrapped 950 flights from its schedule in the first two weeks in July. That followed the cancellation of 775 over one weekend that the union says affected 60,000 travelers, as weather conditions exacerbated a shortage of pilots. The union, whose complaint cites poor performance since American’s 2013 merger with US Airways, didn’t name specific members of management that it wants replaced.

The Fort Worth, Texas-based airline didn’t immediately respond to a request for comment before the start of normal business hours.