Federal aid shows Air Canada, Ottawa 'getting out of their own way': Analyst

American Airlines Group Inc. reported a smaller-than-expected loss, bucking the pattern set by its two largest rivals, and predicted a “continued recovery” from an unprecedented collapse in demand.

The company’s adjusted loss of US$4.32 a share in the first quarter was slightly better than the US$4.34 deficit expected by analysts. Revenue tumbled 53 per cent to US$4.01 billion, American said in a statement Thursday. Wall Street expected US$4.04 billion, according to the average of analyst estimates compiled by Bloomberg.

American’s performance offered investors a measure of relief after the disappointing results of Delta Air Lines Inc. and United Airlines Holdings Inc., which cooled enthusiasm about the industry after a stock rally earlier this year. American announced plans earlier this month to ramp up its summer schedule and restart pilot hiring as flying rebounds. 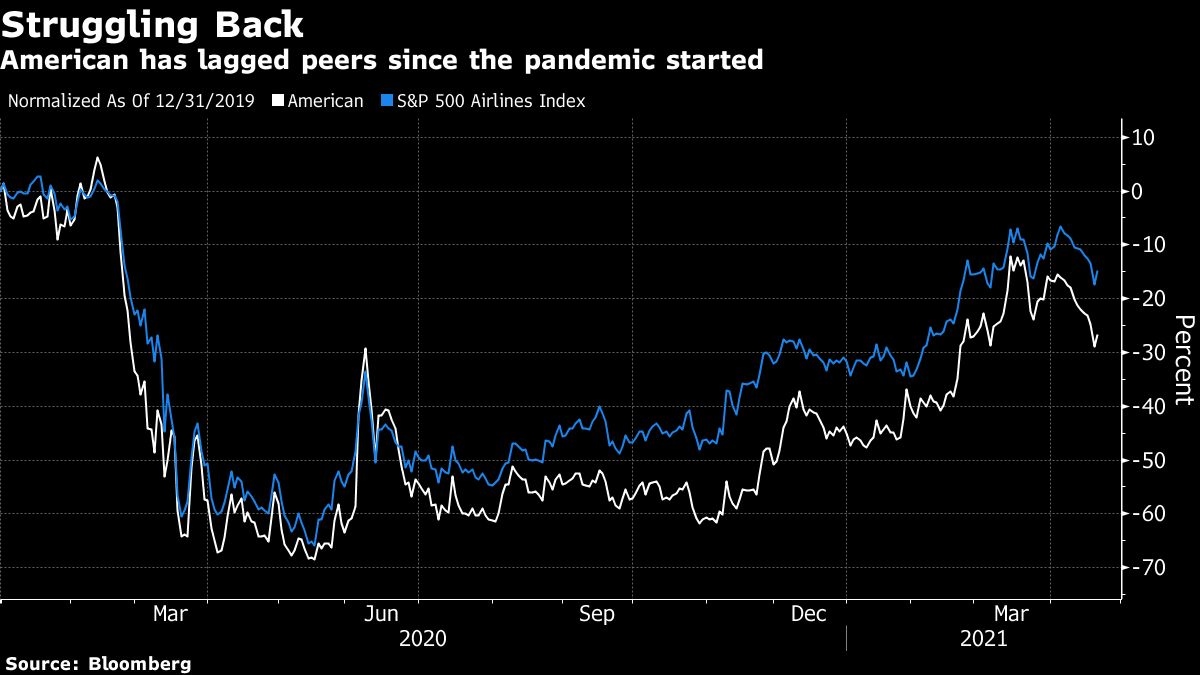 “With the momentum underway from the first quarter, we see signs of continued recovery,” Chief Executive Officer Doug Parker said in the statement.

American shares pared an early drop as low as 2 per cent to trade down 0.7 per cent to US$20.86 as of 10:18 a.m. in New York. The shares had climbed 33 per cent this year through Wednesday, the most on a Standard & Poor’s index of the five largest U.S. carriers. American still lags the index since the start of the pandemic.

The carrier reduced its cash-burn rate to around US$27 million a day in the first quarter and about US$4 million for March. Excluding debt principal and severance payments, American generated cash last month.

Second-quarter capacity will be down as much as 25 per cent from 2019 levels, but that’s a big improvement compared with last summer.

The Fort Worth, Texas-based airline earlier said it would fly more than 90 per cent of its 2019 domestic seat capacity and 80 per cent of international this summer, and would add or resume 150 routes to mountain and beach destinations. The airline said Tuesday it would hire about 900 pilots through 2022 as flying rebounds.

The return of lucrative international and corporate trips remains uncertain as travel restrictions continue to change. American is dropping some flights to South America after rising Covid-19 cases reduced demand. And it won’t fly nonstop this summer from the U.S. to Shannon, Ireland; Edinburgh, or Hong Kong.