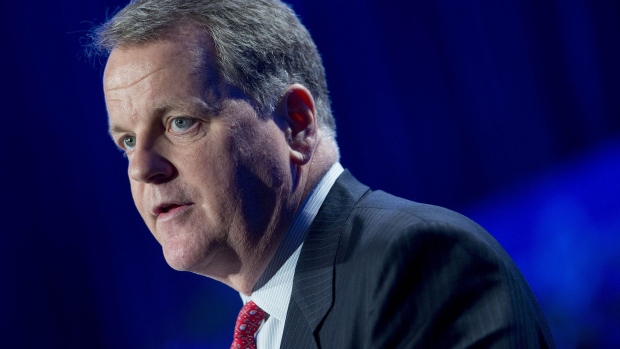 Parker, who has led the airline since 2013, will step down as CEO on March 31 but stay on as chairman, according to a statement Tuesday.

Isom was the heir apparent to Parker and his selection signals that a steady hand is intended for the airline’s first leadership transition in eight years. The two executives have worked together for more than two decades, joining American after engineering the $11 billion merger that combined the carrier with US Airways Group.

American was shaken by the coronavirus crisis in 2020, and more recently struggled with staffing issues and passenger behavior as business picked up. The airline said in October that it expects costs to continue to pinch profit as revenue remains below pre-pandemic levels.

“We are well-positioned to take full advantage of our industry’s recovery, and now is the right time for a handoff we have planned and prepared for,” Parker said in the statement. “I feel extremely fortunate to hand the reins to this clear and capable leader.”

American rose 3.1% to $18.48 before the start of regular trading in New York, climbing with other airlines and the broader market as concerns over the coronavirus omicron variant receded. American’s stock had advanced 14% this year through Monday, the strongest performance in the S&P 500 Airlines Index.

Parker, 60, is the longest serving CEO among major U.S. carriers on an ongoing basis, starting at America West Holdings Corp. in 2001 then US Airways. He started his airline career at American under under Bob Crandall, who led the company in the 1980s and 1990s.

Parker has led consolidation in the industry starting in 2005, when America West merged with US Airways. He failed in three attempts at major deals before securing the combination that created the world’s biggest airline in 2013.

Isom was chief operating officer at US Airways when he joined American. He worked at GMAC, Northwest Airlines and America West earlier in his career.

The transition process began in 2016 with Isom’s elevation to president in 2016. His promotion to CEO “likely would have happened sooner, but the global pandemic -- and the devastating impact it had on our industry -- delayed those plans,” Parker said in a letter to employees. “While we still have work to do, the recovery from the pandemic is underway and now is the right time to make the transition.”

(Updates with background on Parker, Isom from fifth paragraph)