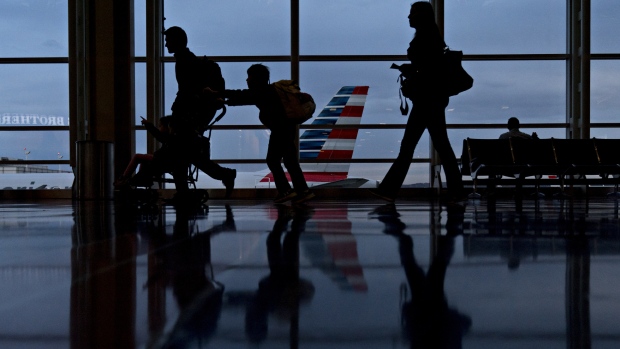 American Airlines Group Inc. is nearing an order for about 15 regional jets from Bombardier Inc. with options to buy more, people familiar with the matter said.

A deal for the CRJ900 aircraft is likely to be announced as soon as Thursday, when Bombardier (BBDb.TO) reports first-quarter results, said one of the people, who asked not be named because the discussions are private. The sale would have a list value of about US$700 million before customary discounts for aircraft purchases.

An order from the world’s largest carrier would give a boost to the venerable CRJ program, which Bombardier has acknowledged neglecting as the company invested US$6 billion in developing its all-new CSeries single-aisle jetliner. As Bombardier worked on the CSeries, its regional jets lost ground to Embraer SA, which is equipping its latest planes with upgraded engines.

There’s no guarantee the deal will be finalized, one of the people said. American and Bombardier declined to comment.

American, which already flies aircraft from both Bombardier and Embraer, has been shifting to bigger regional jets with two passenger classes to better match the on-board offerings of its larger single-aisle planes. American has also reduced the number of 50-seat aircraft it flies.

The Fort Worth, Texas-based airline has added about 200 dual-class regional jets over the past four years. At the end of 2017, American had 118 CRJ900 aircraft operated by regional affiliates PSA and Mesa airlines. American last acquired CRJ900s in February 2015, signing an order for 24 planes.

Bombardier is trying to capitalize on the aging regional jets now flying in the U.S. According to a market forecast the company released last year, North American airlines will need to retire about 2,100 aircraft of 150 seats or fewer by 2036. Forty percent of the current fleet is at least 15 years old, Bombardier said.

The Montreal-based planemaker has refreshed the CRJ by designing a new cabin, called Atmosphere, that offers mood lighting and bigger overhead bins. A deal with American would represent Bombardier’s first sale of regional jets since an unidentified customer agreed in late December to buy at least six CRJ900s, with options for six more.

The Canadian manufacturer has delivered more than 1,000 units of the CRJ since it created the regional jet category in the early 1990s.