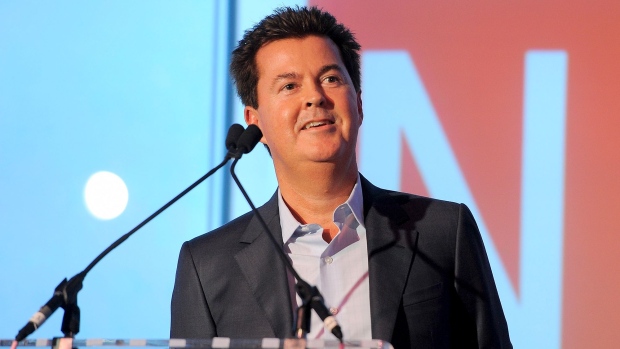 “American Idol” creator Simon Fuller is turning to TikTok to find the next pop superstar, a sign of how much clout the controversial app has gained in the music world.

Fuller said Friday that he’ll conduct an audition process over TikTok, the short-form video app that has become a kingmaker in the music industry -- and a focus of President Donald Trump’s widening crackdown on Chinese technology. He didn’t disclose how the auditions would take place, or whether they would be recorded for a television show, but Fuller has a long track record of marrying TV with pop music.

Already, record labels scour TikTok for new talent, looking to find the next Lil Nas X, Benee or Doja Cat -- artists who gained stardom and millions of fans after their songs went viral on the app.

“With the help of the TikTok audience, I will bring together a lineup of incredible artists to shape the next level of pop fandom,” Fuller said in a statement.

After years of working as a record label executive and a manager of artists including the Spice Girls, Fuller created the British series “Pop Idol” in 2001. The competition show pitted aspiring musicians against one another in front of judges, including a record executive named Simon Cowell. Adapted for U.S. audiences into “American Idol,” the program became the most popular show in the nation. Along the way, host Ryan Seacrest, Cowell and many contestants turned into global celebrities.

Fuller has since formed a new company to manage entertainers and was the executive producer for “So You Think You Can Dance.”

The partnership with TikTok comes at a fraught moment for the company. Trump has threatened to ban the app, prompting its owner ByteDance to explore a sale of the U.S. version. On Thursday, Trump signed an executive order barring any transactions with its parent company starting in 45 days.

But TikTok has a loyal following among users in their teens and 20s, and its influence has only grown in the music industry.

“Together with Simon Fuller, we have the opportunity to find the next stars, many of whom are on TikTok today, and empower them to become a cultural phenomenon,” said TikTok Chief Executive Officer Kevin Mayer.