The European Union lifted travel restrictions for U.S. residents, in the latest step toward restoring lucrative transatlantic airline routes despite concerns over the spread of potentially dangerous coronavirus variants.

Albania, Hong Kong, Lebanon, Macau, North Macedonia, Serbia, and Taiwan were also added to a so-called “white list” of countries from which non-essential travel is allowed. The new rules will take effect within days, as soon as they are published in the Official Journal of the EU.

Some EU countries already allow vaccinated Americans to visit. Inclusion in the white list means restrictions on fully inoculated U.S. residents will now be lifted across the bloc. Member states also have leeway to grant entry to unvaccinated visitors from white-listed places without requiring a quarantine.

The move will provide a boost for major American carriers like United Airlines Holdings Inc. and Delta Air Lines Inc. that fly the world’s most profitable routes alongside European peers Air France-KLM and Deutsche Lufthansa AG. Long-distance travel, a segment laden with premium customers paying for business- and first-class seats, has been hit hard by restrictions brought on by the pandemic.

The decision is “great news for the EU economies and all transatlantic travel supply chain participants,” said Martin Ferguson, vice president of public affairs at corporate travel agency American Express Global Business Travel. “We anticipate a strong return of bookings on these routes.”

Still, traffic across the Atlantic hasn’t been fully restored, with U.S. presidential proclamations banning Europeans from visiting still in place. The EU is pushing Joe Biden’s administration to reciprocate by lifting curbs for its citizens, as vaccinations progress across the continent and the number of coronavirus infections falls sharply. 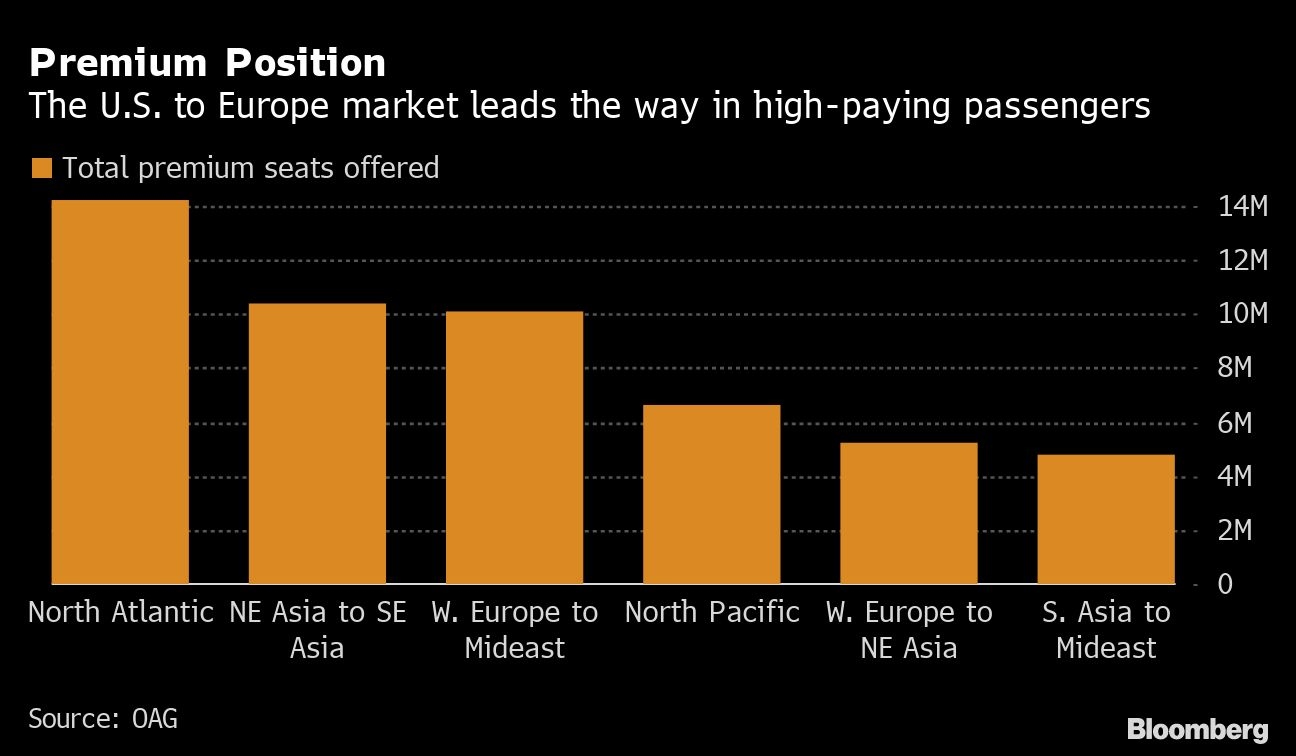 “The latest vaccination data and low virus spread in Europe would allow for this to happen in a safe manner,” trade group Airlines for Europe said in an email.

Some diplomats in Brussels were wary of allowing Americans to return before the U.S. agreed to a corresponding reopening. The bloc decided to go ahead amid pressure from the tourism-dependent economies ahead of the summer season.

The U.S. launched a series of working groups, including with the EU, on border reopening during Biden’s trip there this month. A White House official, speaking on condition of anonymity, cited those in response to the EU decision Friday. That work is ongoing and no decisions have been made by the groups, the official said.

While U.S. carriers such as Delta, United and American Airlines Group Inc. make large profits from transatlantic routes, their recovery has benefited from a rapid rebound in domestic flying that European airlines can’t match. Ticket sales in the U.S. in May grew 18 per cent compar 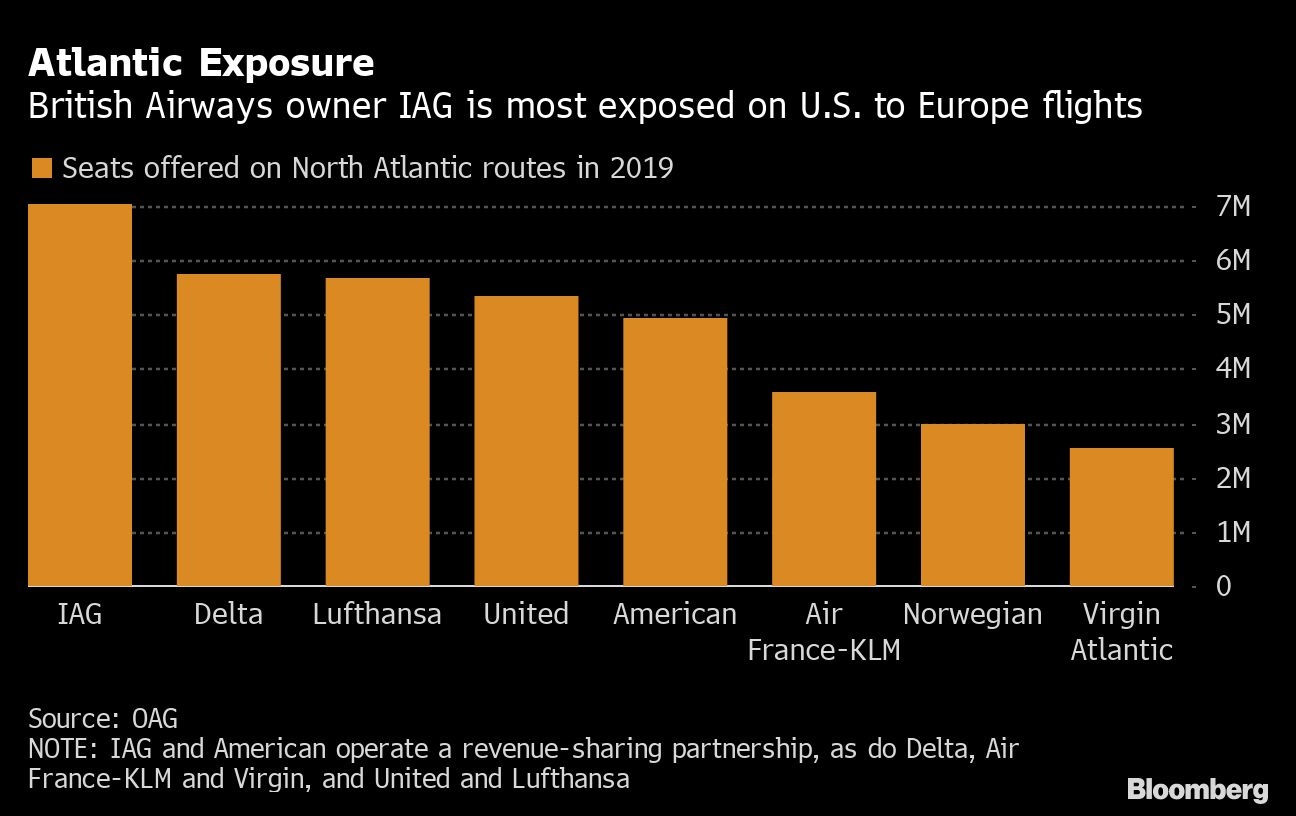 The expansion of the EU’s white list, which already included Japan, comes as internal travel within the bloc is being restored for those who are vaccinated or can prove that they have recently recovered from the virus. As of July 1, holders of so-called digital Covid certificates will be able to move freely anywhere in the EU’s 27 member states 14 days after the last shot.

The U.K. is also considering allowing quarantine-free travel for those who have been fully inoculated, in what would offer a major boost to southern European economies for which Britain is a major tourist market.

It would also provide some relief to IAG SA-owned British Airways, which had the biggest share of all carriers in the market for transatlantic flights before the pandemic.