U.S. states’ jobless rolls shrank for the first time during the coronavirus pandemic in a sign people are starting to return to work, even as millions more Americans filed for unemployment benefits.

Continuing claims, which tally Americans’ ongoing benefit claims in state programs, fell to 21.1 million for the week ended May 16, Labor Department figures showed Thursday. Those data are reported with a one-week lag. That suggests the job market is starting to rebound as businesses reopen. Analysts had expected an increase in continuing claims.

But the economic damage from the pandemic is still hitting hard throughout the country. Initial jobless claims for regular state programs totaled 2.12 million in the week ended May 23, to bring the 2 1/2-month total above 40 million. The median estimate in a Bloomberg survey of economists called for 2.1 million claims. 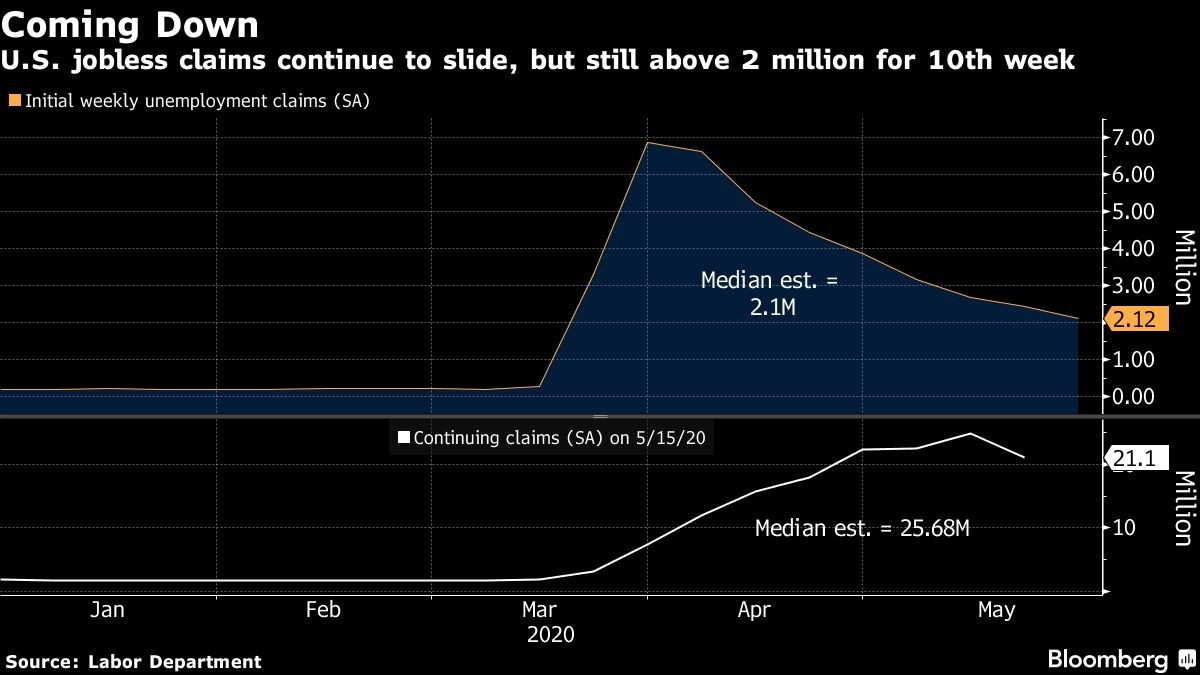 Despite optimism in financial markets, economists expect the recovery from the pandemic to take years, and with no vaccine or significant treatment yet available, a return to normal activity is unlikely. The U.S. reached a grim milestone of 100,000 deaths from the virus on Wednesday, the highest official toll in the world.

Next week’s May jobs report is forecast to show an unemployment rate of around 20 per cent, the highest since the Great Depression, when it peaked at an estimated 25.6 per cent.

“The data still point to a pretty significant loss of jobs but at least the numbers are moving in the right direction,” said Aneta Markowska, chief financial economist at Jefferies Group. “Even though initial claims are still very elevated, the fact that continuing claims are declining means businesses are actually bringing a lot of workers back in and that is more than offsetting the new filings.”

While the latest initial-claims tally was down from the prior week’s 2.45 million and marked the eighth straight weekly decline, it’s still far above the 212,000 average of initial claims in the first two months of 2020 and the pre-pandemic record of 695,000. California, New York, Florida and Georgia had the highest initial claims last week.

Pantheon Macroeconomics chief economist Ian Shepherdson flagged one caveat with the continuing claims numbers: While “gross hiring is beginning to rebound,” the figure “overstates the true extent of the hiring,” given that California -- where residents file every other week -- posted a 1.4 million unadjusted decline, Shepherdson said in note. Florida also showed a drop of 1.6 million.

Thursday’s report also showed that filings under the separate, federal Pandemic Unemployment Assistance program -- which expands unemployment benefits to those not traditionally eligible, such the self-employed and gig workers -- fell to 1.19 million from 1.25 million on an unadjusted basis, covering 32 states. The prior week’s figure was revised lower by about 1 million due to an error by Massachusetts.

The latest week’s figure for the federal pandemic claims brought the total number under federal and state programs to 3.11 million last week, down from 3.43 million the prior week. Many states are still reporting zero claims under the federal program.

Total continuing claims under all state and federal programs -- which provides the broadest look at the number of Americans claiming unemployment benefits -- rose to 31 million in the week ended May 9 from 27.3 million. That number isn’t adjusted for seasonality and other factors.

A separate report Thursday showed U.S. orders for durable goods sank sharply for a second month in April as the pandemic wrecked havoc on the manufacturing industry. 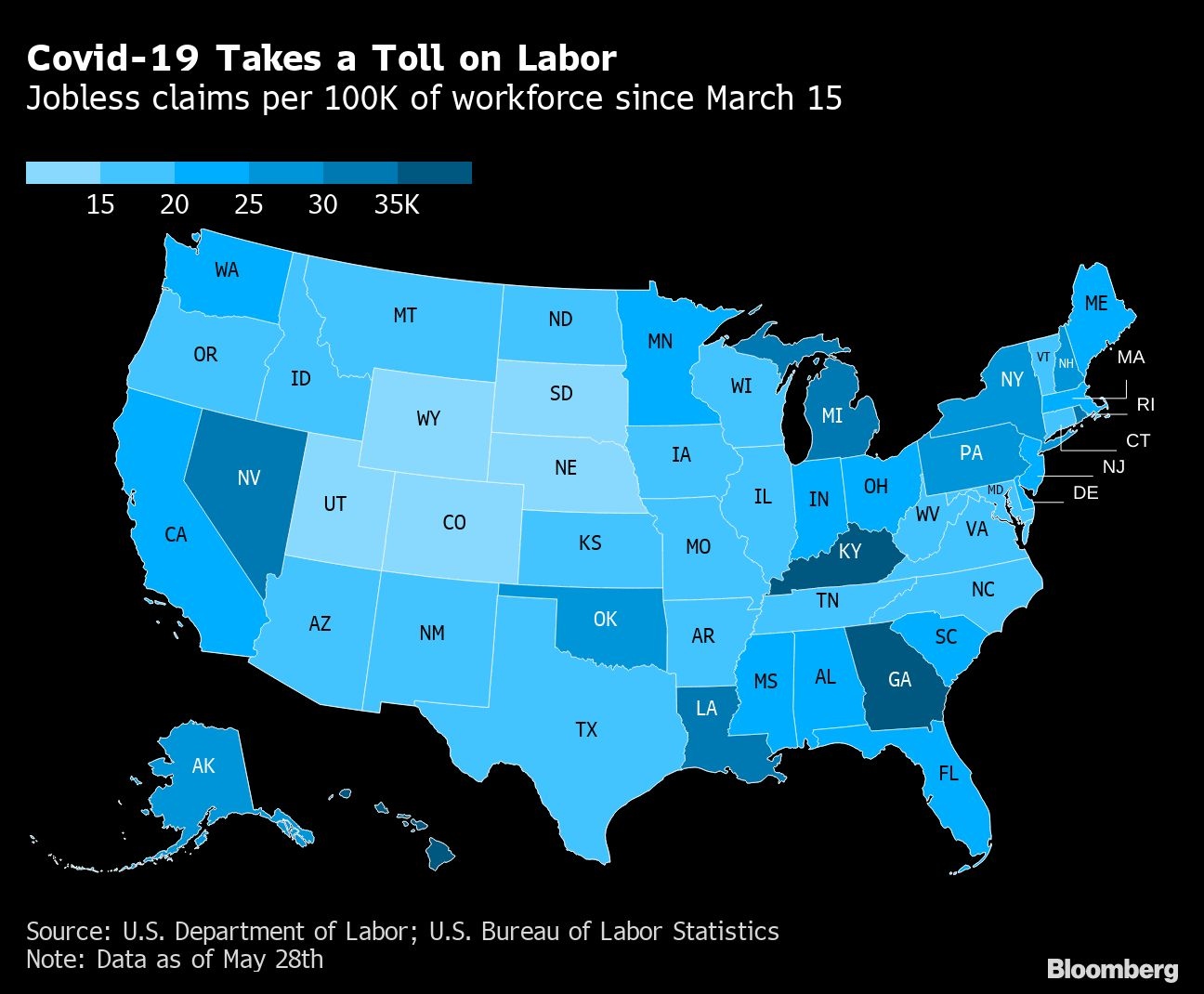 State unemployment offices have struggled to keep up with record demand for benefits amid the economy’s sudden stop and wave of layoffs since mid-March. Many applicants have waited on edge for the payments without receiving them.

California, the most populous state, said Wednesday it’s seeking 1,800 additional staff to help process claims, joining about 3,000 current and temporary employees working on the issue. The state said 700 employees worked over the Memorial Day weekend, particularly to process claims that arrived via paper.

The weekly federal report has been marred by data errors and quirks recently, with mistakes from Connecticut and Massachusetts swinging the national figures and California distorting the continuing claims because of the biweekly schedule for residents to file.