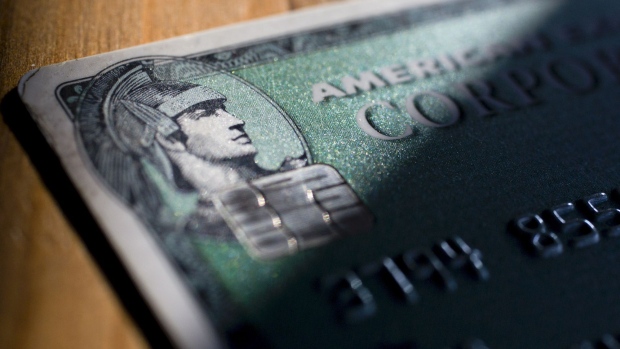 American Express Co. will offer U.S. cardmembers as much as US$50 to encourage them to spend more at small businesses devastated by the coronavirus pandemic.

All cardholders will receive a US$5 credit when they spend US$10 or more at a small U.S. business, with the option to receive the credit as many as 10 times.

American Express has committed more than US$200 million to the promotion, part of its largest-ever global campaign to “Shop Small.”

American Express crafted the offer after it conducted research that found that 62 per cent of U.S. small businesses needed to see a return of consumer spending by the end of the year in order to stay afloat.

“We have the ability to drive that spend into local businesses—we feel this offer is truly going to do that,” Chief Marketing Officer Elizabeth Rutledge said in a phone interview.

Rutledge says American Express has been able to push consumers to spend at local shops in the past. The firm’s Small Business Saturday event—a promotion held every year on the Saturday after Thanksgiving—has helped drive US$120 billion in spending to U.S. small businesses in the decade since its inception.

The pandemic has devastated mom and pop businesses as consumers were ordered to stay home to stem the spread of the deadly virus.

The typical small business collected revenue that was 50 per cent lower than a year earlier at the end of March, when the lockdown orders were in effect for much of the country, according to data from JPMorgan Chase & Co.

Among the projected beneficiaries of the American Express program are hard-hit independently owned restaurants. The promotion corresponds to a new program from the dining reservation app Resy, which  was purchased by American Express in August 2019 for an undisclosed sum.

Resy At Home, which debuted last week, offers food and products from restaurants on the app’s platform across the U.S. In New York, that promotion includes “At Home Specials,” unconventional take-out packages from 16 New York restaurants and bars such as Pasquale Jones and Please Don’t Tell.

The package from the popular Italian-American restaurant Don Angie in the West Village includes riffs on some of its bestsellers, such as pepperoni-stuffed garlic flatbread and eggplant Parmesan lasagna (US$95 for two people). In Brooklyn, Red Hook Tavern’s 4th of July package will feature corn dogs and house-made cotton candy.

All Resy orders are eligible for the US$5 credit.

For its part, American Express has been retooling rewards on some of its most popular cards to appeal to the types of spending that consumers are doing at home. The firm recently introduced new credits for wireless and streaming services for its Platinum cards, for instance.