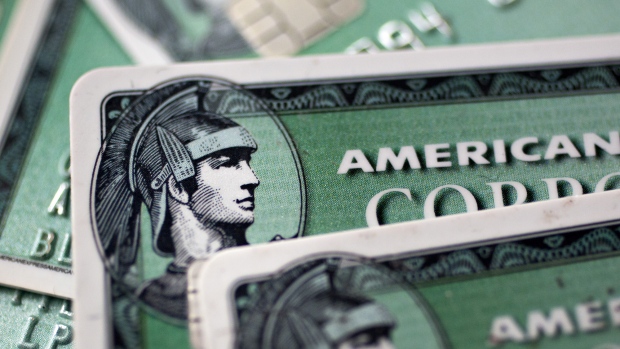 American Express Co. shares dropped after the company said corporate clients are pulling back from spending on its cards.

Chief financial officers have been asking AmEx to help lower their travel and other expenses, Chief Executive Officer Steve Squeri told analysts on Friday after the company released third-quarter results.

While spending by corporations fell one per cent, Squeri said he doesn’t think the decline signals a looming recession. The last downturn started with weakness in the consumer segment, he said. Spending on AmEx cards by companies and consumers in the third quarter was US$308.2 billion, a five-per-cent increase that fell short of the US$313 billion average of estimates compiled by Bloomberg. 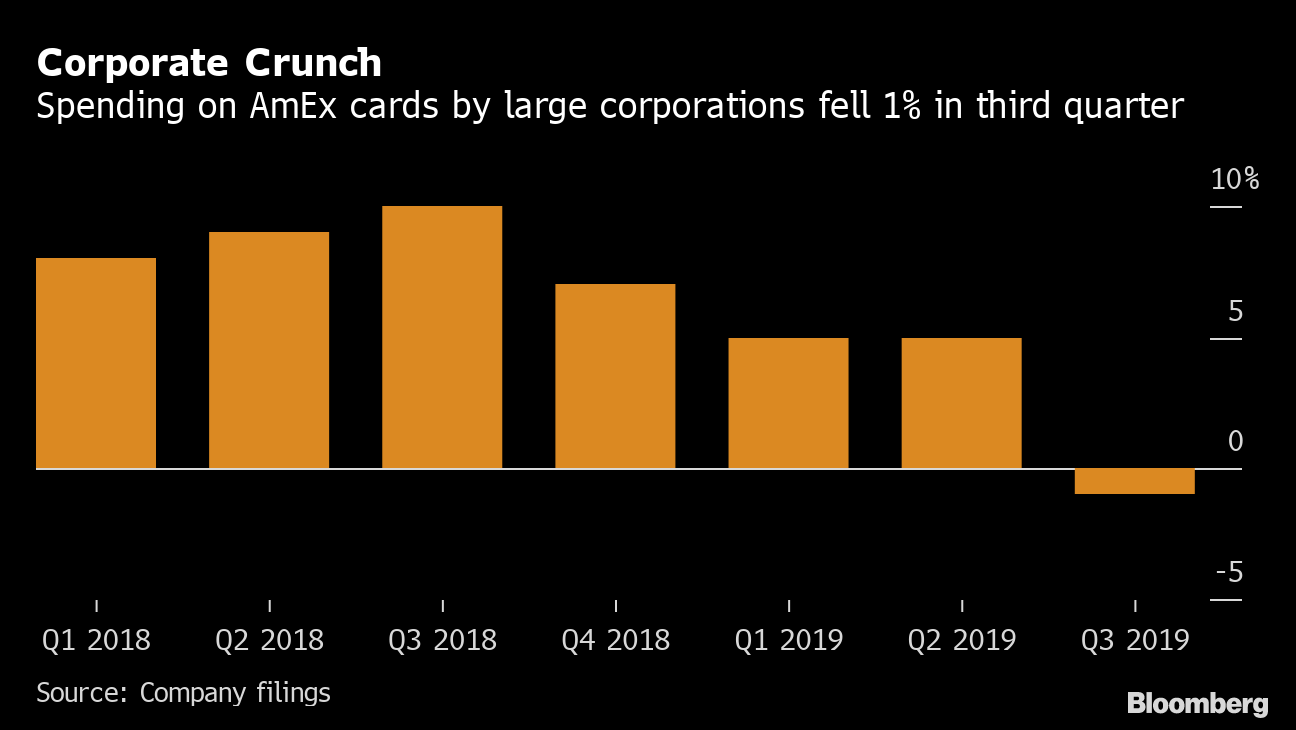 AmEx now expects spending on its corporate cards for global and large accounts to be unchanged in the fourth quarter.

“AmEx’s large-corporate card spending dipped one per cent in 3Q, continuing a recent slowdown that could foretell a pullback in consumer outlays.” --David Ritter, financials analyst

AmEx this week announced it would be refreshing its corporate-card portfolio, adding rewards tied to spending on Uber rides and Hilton hotel stays. The firm is also beginning to target smaller, startup companies in a bid to win more business in an area that’s grown increasingly competitive in recent years.

Third-quarter spending by U.S. consumers — a group that accounts for roughly a third of AmEx card activity — rose eight per cent, while spending by international consumers climbed 14 per cent.

“The consumer side seemed OK, but the commercial side seemed weak,” Vincent Caintic, a Stephens Inc. analyst, said in a telephone interview. “People are a little concerned.”

AmEx has been raising the fees on some of its most popular cards in recent years as it upped rewards and perks, and on Friday it touted the fact that almost 70% per cent of cardholders added this year hold fee-paying cards. It’s a move that’s paid off as revenue from card fees rose 17 per cent to a record US$1.03 billion in the third quarter, the company said, topping the US$1.01 billion average of analyst estimates in a Bloomberg MODL survey.

Here are other key results:

• The card giant set aside more in provisions for future losses, but a smaller amount than analysts were expecting. The figure rose to US$879 million in the third quarter, well below the US$1.02 billion Bloomberg MODL estimate. Provisions will probably increase 10 per cent this year, CFO Jeff Campbell told analysts on a conference call, a change from AmEx’s previous guidance of growth below 20 per cent.

• The firm on Friday said it expects fourth-quarter revenue to increase eight per cent to 10 per cent, and adjusted earnings per share for 2019 of US$7.85 to US$8.35.