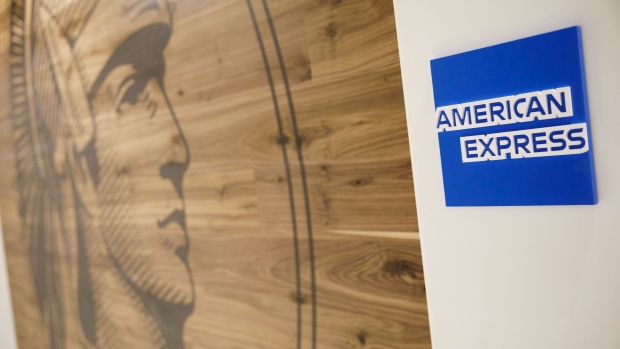 The credit-card giant is in advanced talks to buy Kabbage Inc., a person familiar with the matter said, a deal that would make AmEx a bigger lender to mom and pop shops. The company is already the largest U.S. provider of credit cards to those types of operations.

Small businesses bounced back faster during the Covid-19 pandemic than other customers in AmEx’s broader card portfolio, and Chief Executive Officer Steve Squeri said last month that they were the “most resilient” through the crisis.

“Ninety days on now, we actually feel really good about the small-business portfolio,” Chief Financial Officer Jeff Campbell said last month, adding that a smaller percentage of balances in forbearance are tied to those loans. “Those numbers have come way down.”

The all-cash deal could see AmEx paying as much as US$850 million for the closely held lender, including retention payments, according to the person, who asked not to be identified because the matter is private. An agreement might be announced as soon as this month, the person said, though talks could still fall apart.

Marina Norville, a spokeswoman for AmEx, and Paul Bernardini of Kabbage declined to comment on the talks.

AmEx has spent years building out its small-business card portfolio, minting new offerings with partners such as Amazon.com Inc. The firm clarified last month that while it focuses on getting businesses such as nail salons and restaurants to accept its products, its card portfolio is more focused on professional services.

The online small-business lending industry has been battered by the coronavirus pandemic, forcing many firms to halt new originations and extend relief to borrowers who have had to shut their operations for months.

Kabbage, which is backed by investors including SoftBank Group Corp.’s Vision Fund and Reverence Capital Partners, was most recently valued at more than US$1 billion after SoftBank plowed US$250 million into the lender in 2017. Still, the US$850 million price tag would be in sharp contrast to the US$90 million that Enova International Inc. agreed to pay for On Deck Capital Inc. last month.

In the early days of the coronavirus pandemic, Kabbage furloughed hundreds of workers and suspended customer credit lines as it contended with a slowdown in spending at small businesses nationwide. More recently, the Atlanta-based firm has focused on providing small businesses with loans from the U.S. government’s Paycheck Protection Program.

Barron’s reported earlier this month that Kabbage had hired FT Partners after receiving expressions of interest. An FT Partners representative declined to comment.