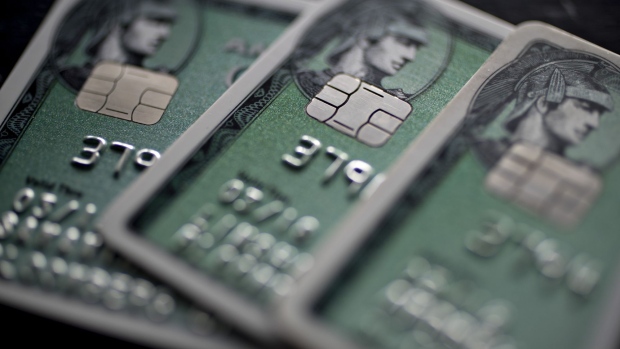 American Express Co. is shifting “hundreds and hundreds” of employees in its sales units to handle collections and other credit work, and plans to set aside more for loan losses this quarter.

The additional loan-loss reserves will probably be about as large as the US$1.7 billion posted in the first quarter, he said.

“When you think about it, credit and collections is a little bit like selling,” Squeri said. “It’s not about collecting the money. It’s understanding what somebody’s issue is and offering them solutions.”

AmEx has been battered by the global pandemic, which has stunted global travel and crimped spending on its cards as consumers around the world have been ordered to stay inside.

Spending on the firm’s cards is down by a percentage in the mid-30s from a year ago, an improvement from the 45 per cent decline experienced last month.

“I never thought I would say down mid-30s is bouncing back,” Squeri said, adding that spending on travel and entertainment is still about 90 per cen lower.

“As I try and describe this crisis to people, it’s 9/11, the financial crisis added together and multiply that times five. And then you can throw Hurricane Sandy in.”

Shares of the company slid 2.8 per cent to US$98.43 at 11:04 a.m. in New York, the worst performance in the Dow Jones Industrial Average. The stock has declined 21 per cent this year, versus a 10 per cent drop for the 30-company index.

As the crisis worsened in March, AmEx rolled out short-term forbearance and other relief. The firm now has about 500,000 consumers enrolled in those programs, representing about US$5 billion in balances, compared with 845,000 that had been enrolled last month.

Of the 345,000 customers that have exited the relief program, two-thirds are now current on their bills, Squeri said. Of the rest, some have gone delinquent while others have taken advantage of longer-term relief plans.

“We’ve been able to pivot hundreds and hundreds of our salespeople on a global basis to step in and do credit and collections for us,” Squeri said. “It’s much more about credit consultation right now than it actually is about collections.”