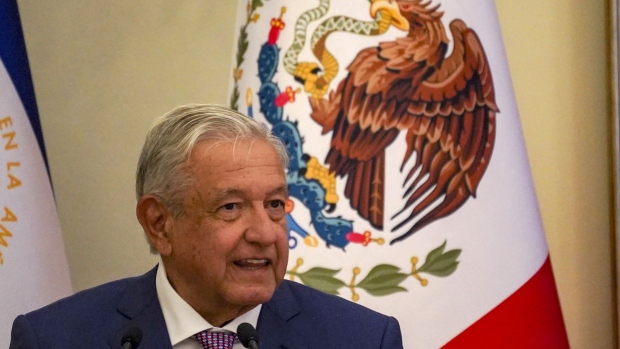 The president said Friday that he met with the largest producers, distributors and retailers in the country earlier this week to hash out the details of the price pact, which renews and deepens an agreement announced in May. Attendees included producers of chicken, eggs, meat and tuna.

“We’re reinforcing what we’d done before but now with more depth, defining clearly the price of the basic basket of goods,” said AMLO, as the president is known. “These aren’t price controls, but we will reach an agreement that says these 24 basic goods, and if possible more, will cost this much, and each product will cost this much.”

The move comes as Latin America’s second-largest economy saw inflation soar in August to the highest in more than 20 years to reach 8.76% in early September, even as some regional peers including Brazil have begun to see price increases slow.

AMLO invited participants in the latest inflation pact, which include retailers Organizacion Soriana and Grupo Comercial Chedraui, to present the plan to the press on Oct. 3.

AMLO argues the latest deal can’t be considered price controls because companies will decide the prices themselves.