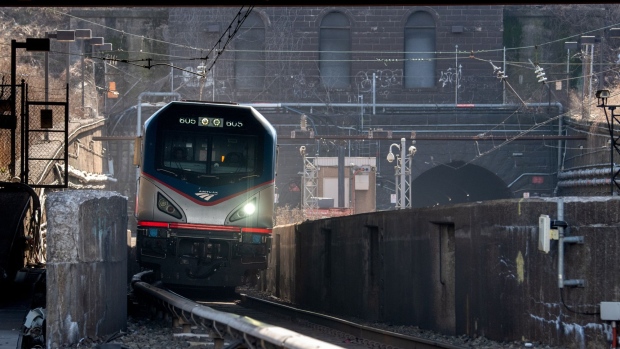 (Bloomberg) -- Amtrak is considering ending its credit-card partnership with Bank of America Corp., according to people familiar with the matter.

The portfolio, which Bank of America has handled since 2015, has roughly $100 million in balances, according to one of the people, who asked not to be identified discussing non-public information. Spokesmen for Bank of America and Amtrak declined to comment.

Travel companies, especially airlines and hotels, often rely on their co-brand cards to engender customer loyalty. Competition is heating up for the portfolios, which are often lucrative for both merchants and their bank partners.

Bank of America has been revamping many of its credit-card offerings, unveiling a cash-back card in July and a commercial one for businesses a month later. While the firm also has partnerships with travel companies including Alaska Air Group Inc. and Spirit Airlines Inc., it has a relatively small presence in co-brand credit cards.

“On the credit-card side, yes, we’re constantly looking at the offering,” Aron Levine, president of preferred banking at the company, said at an investor conference earlier this month. “We don’t have a lot of co-branded,” he said, adding that “we have Alaska Airlines, but other than that we’re not big into that space.”