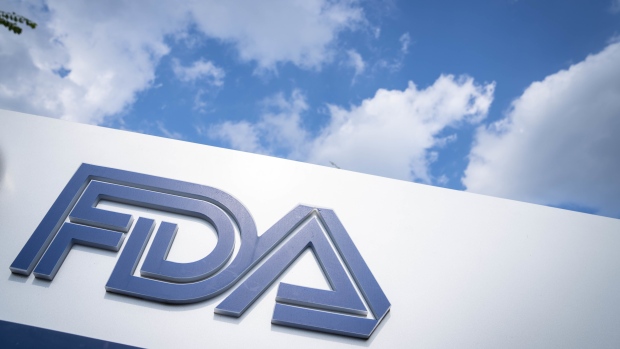 (Bloomberg) -- Amylyx Pharmaceuticals Inc.’s drug for amyotrophic lateral sclerosis gained US regulatory clearance, but the shares fell as investors were skeptical that the $158,000-a-year treatment will be embraced by payers.

To be called Relyvrio in the US, the therapy won regulatory approval Thursday, making it the third major medicine authorized in the country to slow the disease. It was authorized despite uncertainty about its level of effectiveness in a clinical trial, the Food and Drug Administration said in a statement. The shares fell 4.6% as of 2:42 p.m. Friday in New York.

There is no cure for ALS, sometimes called Lou Gehrig’s disease after the former baseball star who died from it, and Amylyx is one of a few companies trying to fill the void. The questions about the drug and limited data supporting its use echo those around the approval of Biogen Inc.’s Alzheimer’s therapy, Aduhelm, for which Medicare officials restricted payment after inconsistent study results.

While Amylyx’s treatment has conditional approval in Canada, the regulatory process in the US has been challenging. During a meeting in March, a panel of FDA advisers found that data from Amylyx’s relatively small initial trial was insufficient to prove that the product slowed ALS progression and voted against approval.

However, in a rare second panel meeting earlier this month, the advisory panel reviewed new data from the company and decided to back clearance. The FDA acknowledged the lack of assurance that the drug provides benefit, but said that given the serious and life-threatening nature of ALS and the substantial unmet need, the “level of uncertainty is acceptable in this instance.”

Relyvrio will cost $12,500 for a 28-day supply, according to a statement from the company. The $158,000 cost for the first year of treatment rises to $163,000 in subsequent years, Amylyx said. Investors may be concerned about medical community’s response, said Sam Fazeli, a Bloomberg Intelligence analyst.

“All you now have to look forward to is the execution risk and whether the doctors will prescribe this at this price,” Fazelli said. “If it was priced at $30,000 or $40,000 it would have been a different story.”

Amylyx priced its drug “below the latest FDA-approved product available” after considering the input of many stakeholders throughout the ALS community, according to a statement. However, it’s priced much higher than the range that reviewers at the nonprofit Institute for Clinical and Economic Review earlier said would be cost-effective: $9,100 to $30,700 a year.

ALS is a progressive condition in which nerve cells that control movement, swallowing and breathing gradually die. About 30,000 Americans have the disease, which can be inherited or occur spontaneously. Patients generally die within two to five years after symptoms start, and better treatments are desperately needed.

Amylyx is expected to complete a larger, follow-up clinical trial in late 2023 or early 2024. If that trial is unsuccessful, the company will voluntarily remove the product from the market, co-Chief Executive Officer Justin Klee said in September. While some investors  have adjusted their sales estimates as a result, those concerns are overdone, according to Citi analyst Neena Bitritto-Garg.

“The company will be generating additional real-world data and data in other indications simultaneously,” Bitritto-Garg said in an email, “and a full market withdrawal is only likely to occur if there is truly no efficacy seen across all of these efforts, which is unlikely in our view.”