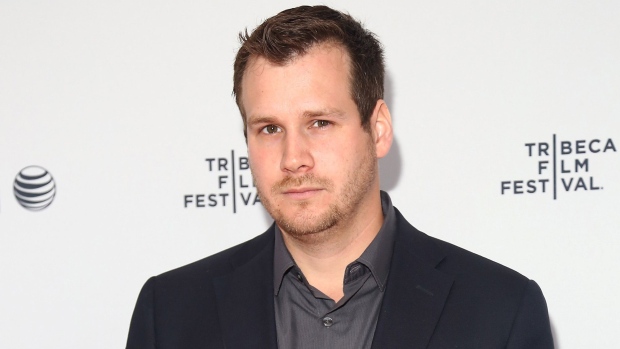 (Bloomberg) -- As Bitcoin crashed 20% in late September, Jered Kenna -- one of the first Bitcoin millionaires -- returned to Twitter after a three-year hiatus with a startling statement, saying he “lost the love for the industry.”

In the early days, “all we talked about was things that actually had substance, and very few people were talking about making money,” Kenna said in a phone interview last week from Texas, one of his home bases. “And now the only thing people focus on is making money.”

Kenna, who is 37, said he owns only half a Bitcoin, valued at about $4,000. He used to hold thousands, initially bought for cents on the dollar, and headed TradeHill Inc.-- the U.S.’s first cryptocurrency exchange -- handling a quarter of all global Bitcoin trades. He got into the industry not to make money, though, but to change the world, Kenna said -- and has became disillusioned in recent years because instead of revolutionizing payments and challenging the banking system, crypto became all about speculation.

Hearing an ad on his car radio several years ago, encouraging people to mortgage their homes to buy Bitcoin, took him aback. The Initial Coin Offerings craze of 2017, in which startups raised billions by selling digital coins mostly to retail investors, and then often disappearing with the funds, or not delivering any real products, was another blow. More recently, exchange-based coin offerings have taken center stage -- many of them likely as bad, he said.

Many of his old crypto friends feel the same way, Kenna said, though few are getting out since they are still practically minting money. Then there’s also the prestige.

“I was in Miami last week and I went to a crypto event, and it was full of beautiful models looking for men,” he said. “I was like, this has changed,” recalling gatherings full of tech geeks years ago. He is not crypto’s only defector: Roger Ver, known as Bitcoin Jesus for proselyting about the digital coin, now speaks against it and had split off to create a rival token.

Many of the old-timers had “unrealistic expectations” about Bitcoin, and didn’t like it getting commercialized, said Nic Carter, co-founder of crypto tracker Coin Metrics. “Lots of the early Utopian builders naturally got disillusioned,” he said. “That’s to be expected.” He calls the departed, “so many lost souls.”

Kenna has gotten out partly involuntarily: He accidentally erased 800 Bitcoins (valued at about $6.5 million now) from his computer in 2010, and then lost millions of dollars’ worth to a hack in 2016. He has since chosen to rebuild his life outside of the crypto world, creating what he said is the largest independent craft brewer in Colombia, and building out a co-living tech space in San Francisco -- built from the ashes of his crypto wealth.

Back in 2016, right before he was hacked, Kenna sold half his crypto, and invested the money into a small brewery in Colombia, where he went thanks to a Colombian girlfriend who wanted to move home.

“We split up after a while, and I decided to stay and open the brewery,” he said. 20Mission Cerveza -- which looks like your typical upscale pub, with lots of unfinished wood, a stage for a blues band and giant chandeliers -- is also now making tonic and ginger beer. The brewery’s website is in Spanish, except for its slogan, “stay classy.” Kenna is now raising money to expand the business, and wants to start importing the beer to the U.S.

Back in 2012, he also bought a building in San Francisco for $2 million using his crypto wealth, and turned it into the 20Mission co-living space for techies and artists. There are 41 bedrooms and shared bathrooms and kitchen. Kenna is considering buying a 144,000-square-foot middle school near Boston to convert that building into a similar co-living space, with 400 rooms and a tech incubator.

Kenna has been mostly out of crypto since 2016, when he said a hacker purchased a phone in his name. The hacker then changed his email passwords, took over some 60 accounts and stole millions, he said. Kenna was so stressed out, he said he had to go to a hospital, and has been on blood-pressure medication since.

“The hack took my entire life,” Kenna said. Just then, he was getting ready to relaunch a new crypto exchange, an effort that the hack derailed. Started in 2011, TradeHill closed its doors in 2012, citing a need to get money-transmitter licenses and because of difficulty of finding a bank willing to work with it, among a host of reasons, he said.

In addition to his half a Bitcoin, Kenna said hie owns a few thousand XRPs and a stash of a lesser known coin, which he invested in two years ago. He doesn’t think crypto will disappear altogether.