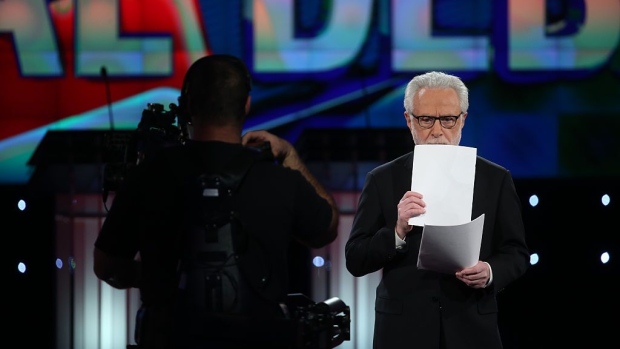 (Bloomberg Opinion) -- We’re one year from the 2020 presidential election. And I hope that the folks who run newsrooms at the broadcast and cable news networks, as well as at any other major media outlets, are arriving at a plan to deal with one of the trickiest parts of Election Day coverage: The slow vote count in western states.

We know it’s going to happen. In several states where voting by mail is either the only or a major form of casting ballots, and where those ballots take time to collect, the Election Day counts are — not can be, but are — highly misleading. We know that millions of votes will be counted after election night. And we know that those votes will tilt toward Democrats.

Therefore, we know that the count on election night will be better for Republicans than the eventual total count. One of the states involved, Arizona, is likely to be an important swing state in 2020, so it’s possible that election night will end with Arizona seemingly giving Republicans the presidency, only to flip to the Democrats a few days later. After all, in the 2018 Arizona Senate contest, Republican Martha McSally led after Election Day, but Democrat Kyrsten Sinema won when all the ballots were counted and it wasn’t all that close; Sinema prevailed by 2.4 percentage points, or 55,900 votes.

The late-count tilt to Democrats isn’t just found in the vote-by-mail states. One study after 2012 found that it had become a national phenomenon, with Democrats typically gaining ground after the initially reported election-night totals. In most states, however, it’s a relatively small effect, and not entirely consistent (that is, even though Democrats usually gain a bit, sometimes Republicans do). But in a few states, the effect is predictable and large enough that ignoring it really misses the story. After election night in 2016, Hillary Clinton’s advantage in the nationwide popular vote was just over 100,000; she eventually won by 2.9 million votes. Those are very different stories, and reporting correctly requires picking the right one while everyone is still watching.

Therefore, news organizations should prepare citizens for the counting patterns in advance, and explain the deficiencies in election-night results again and again. Live coverage on election night needs to emphasize the potential of the available numbers to be misleading, and interpret everything with the slow western count in mind.

There’s nothing nefarious about the Democratic edge in the late-counted vote. It’s always been true that different states counted their votes differently, and that local experts knew which areas were likely to be counted early and which typically came in late. It’s also always been true that some states were quicker at counting than others, perhaps because of the voting systems they used, perhaps because of oddities related to the geographic dispersion of the population, or perhaps just because states vary at how much money they spend on elections.

It just happens that Democratic states are more likely to have elongated counting, with California leading the way. In that state, voters can choose polling places or a mail ballot, which can be turned in as late as Election Day. In 2016, 4 million ballots remained to be counted late. Not only is California a big Democratic state, but it turns out that Democrats there are more likely to vote at the last minute and by mail, while Republicans are relatively more likely to vote at polling places or send in their ballots early. In Arizona, 320,000 ballots were submitted at the last minute in 2018, out of about 2.3 million total votes; ballot security measures meant that those took longer to process than those mailed in earlier.

It’s likely that the 2020 results will come in even more slowly than in 2016. The national trend has been shifting toward late-counted votes, with more and more ballots counted after Election Day. Arizona and California take a day or two just to know how many ballots remain, and it takes a week to get most of the count done and sometimes three or four weeks to finish the job. Whether that’s a good price to pay for making voting easier is an interesting debate, but that it happens is just a fact.

Sure, it's dissatisfying for those who tune in on election night to be told that if it’s a close presidential contest, there’s a good chance that we won’t know the outcome any time soon. But if that’s the actual news, then it’s important to report it — and to make sure that viewers understand the election returns the way experts understand them. I’m increasingly convinced this was a big thing that all of us who explain elections got wrong in 2016 and 2018. Let’s do better this time.