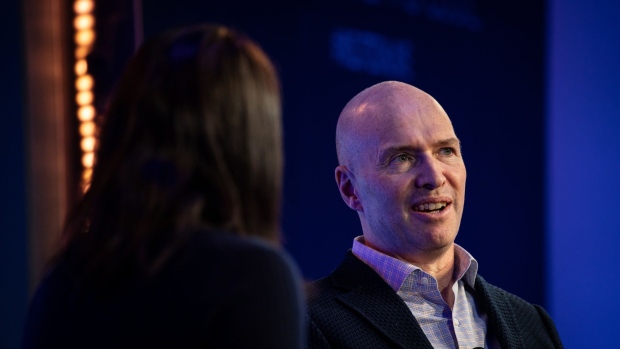 Andreessen Horowitz is launching a $2.2 billion crypto-focused venture fund, the largest yet by one of the first big venture investors to wade into digital-asset world.

Led by co-founder Marc Andreessen, the Menlo Park, California-based firm has been investing in crypto since 2013, in companies including Coinbase Global Inc., which went public earlier this year. It’s also an investor in hot startups such as Compound, a leader in decentralized finance, and a participant in Diem, a project hatched by Facebook Inc. to use digital coins for payment.

The new crypto fund -- Andreessen’s third -- is being launched against the backdrop of renewed doubts about the usefulness and future of cryptocurrencies and related technologies, with Bitcoin down nearly 50% since its mid-April all-time high.

“The size of this fund speaks to the size of the opportunity before us: crypto is not only the future of finance but, as with the internet in the early days, is poised to transform all aspects of our lives,” Andreessen General Partners Chris Dixon and Katie Haun said in a blog post Thursday.

The funds will be used for everything from early-seed rounds to later-stage startups. Andreessen’s previous crypto fund, Crypto Fund II, was announced in April 2020, and was $515 million.

Andreessen is also expanding its data-science and research teams, and expanding its roster of advisors to support the effort. Bill Hinman, a former director of the Securities and Exchange Commission’s Division of Corporate Finance will join as an advisory partner. It’s also promoting Anthony Albanese, who joined last year from the New York Stock Exchange, to chief operating officer.