The markets are focused on the light at the end of the tunnel: David Rosenberg

It is pretty obvious that financial markets are currently discounting a “Goldilocks” scenario for the economy in 2021, implying a year of accelerating economic growth, inflation that remains quiescent and continued easy monetary policy.

Signs that investors believe in this early cycle scenario abound as portfolio managers are the most overweight equities since January 2018 exhibiting a bias towards emerging markets, small cap stocks and value versus growth, while their cash levels are well below average.

My investment team at Forge First Asset Management exits 2020 sharing this optimistic outlook, though I hasten to add that, as is our discipline, our funds also contain a diversified short book and many hedges. But with broad consensus that the outlook for stocks is bright, is it more likely that next year’s surprises are on the upside or the downside? First, let’s review the economic backdrop and the recent action in stocks.

It goes without saying that COVID-19, the great disruptor of 2020, has brought terrible suffering, and unfortunately enduring pain, for much of our society. It also served to accelerate the pace of digitalization and catalyze unprecedented economic stimulus. According to Cornerstone Macro Advisors, since the onset of COVID-19, central bank liquidity injections and fiscal stimulus have totalled 32.9 per cent of global GDP.

The Institute of International Finance estimates this spending spree will have increased global debt by more than US$20 trillion to reach US$277 trillion, or 365 per cent of global GDP. Unfortunately, this rising debt level isn’t contributing much to economic growth, leading Gita Gopinath, chief economist of the IMF, to declare that the world is in a liquidity trap (when interest rates are so low that households and corporations hoard cash). This explains why U.S. Federal Reserve Chairman Jerome Powell remains so overtly dovish with respect to his guidance that interest rates will remain near zero for the next several years. 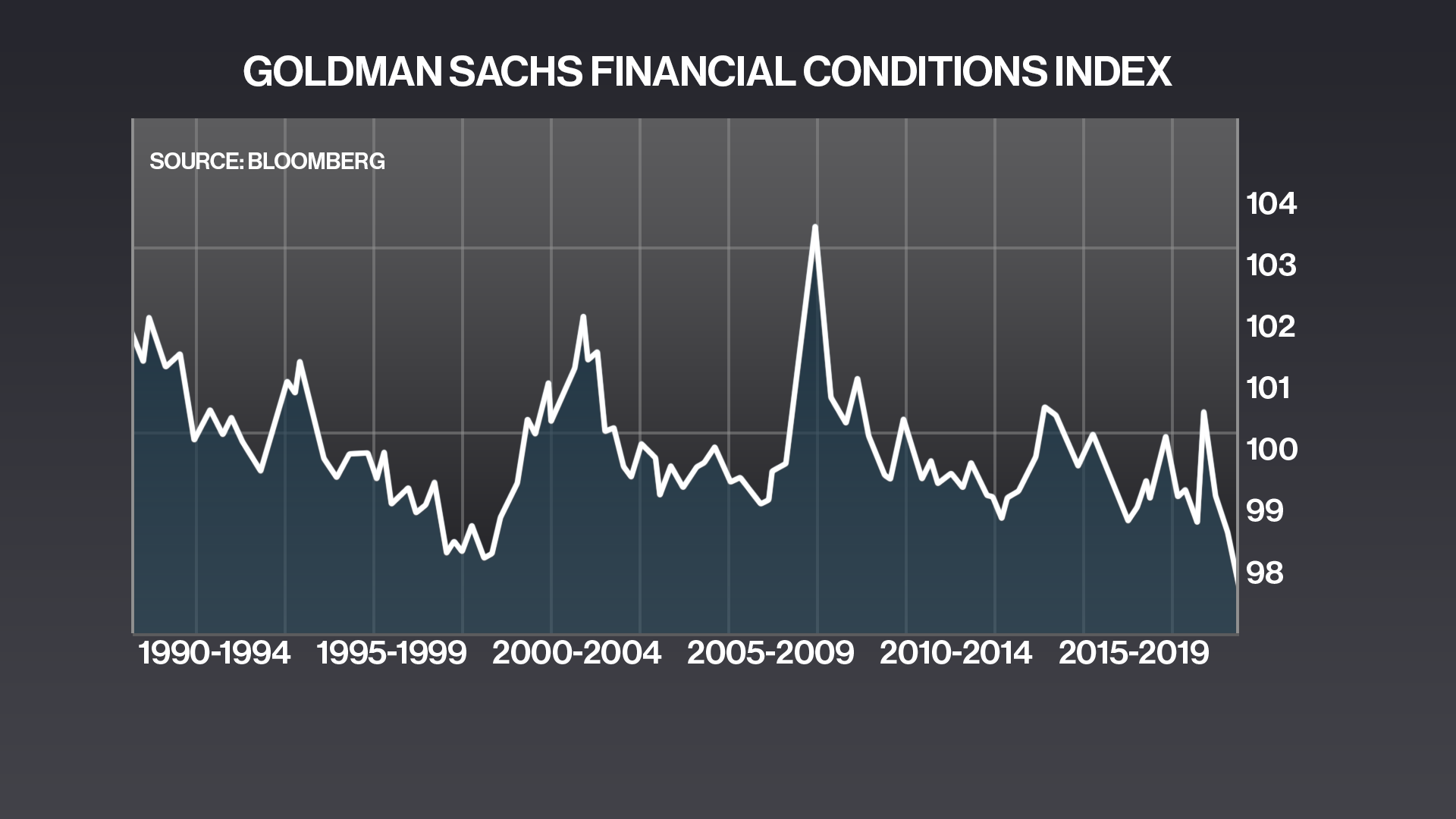 It’s these record easy financial conditions (lower is "easier" in above graph) that will continue to be the principal determinant for stock markets during the next few months. In addition, optimism that the vaccine for COVID-19 will fuel an economic recovery has investors piling into stocks. The winners over the next several months are likely to be the same stocks that have been winning since the U.S. election: Cyclically-depressed or financially leveraged high beta stocks (white line in graph below) plus cyclical vs. defensive equities (blue line). 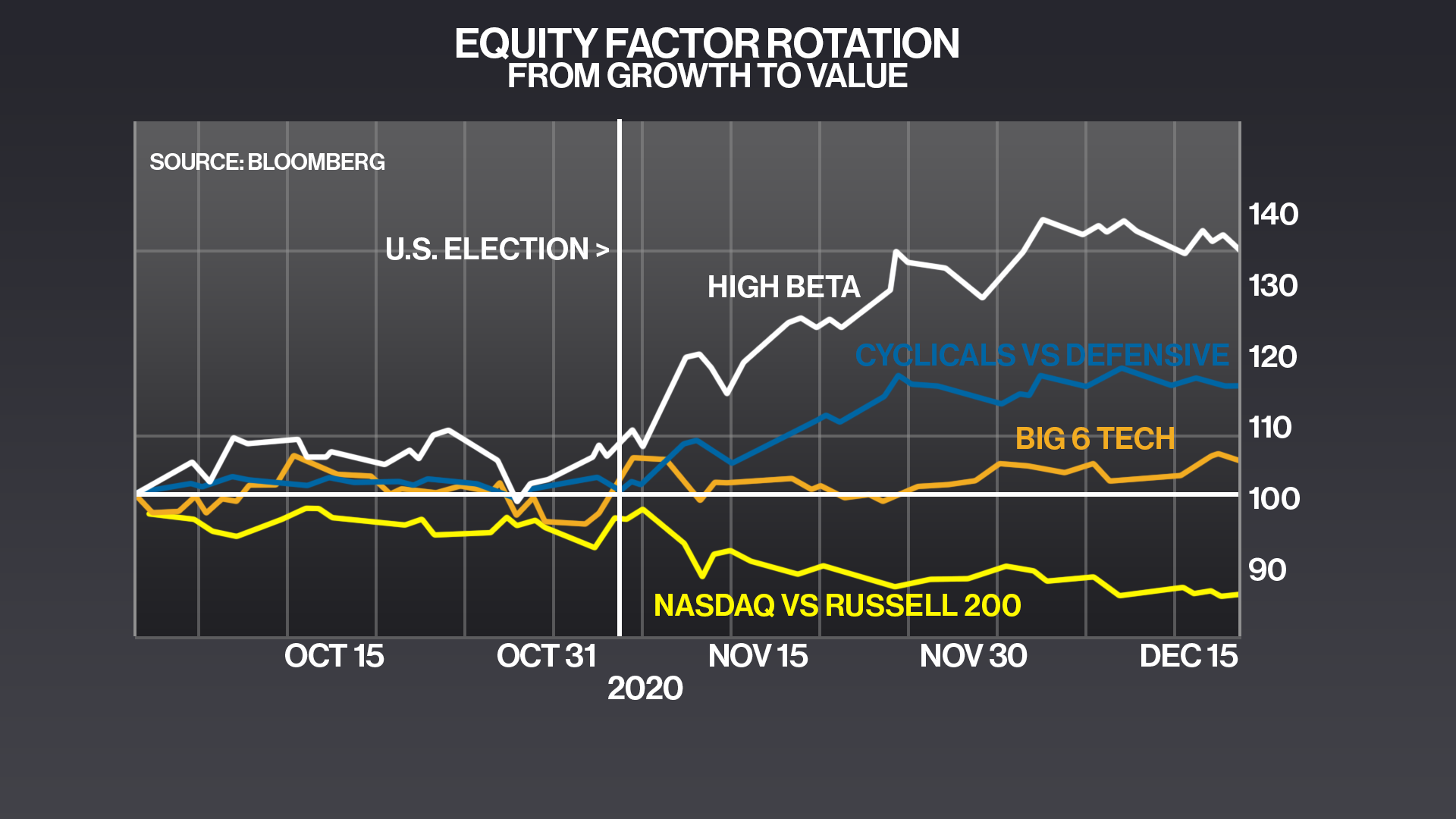 Here at home, the graph below illustrates that resource stocks (white line) have been the big winners since the U.S. election based on a falling U.S. dollar and hopes that a recovering economy will boost commodity prices. Banks (blue line) have also had a nice bounce, while safety stocks (yellow line), specifically consumer staples, utilities, telcos, grocers and REITs, have been noticeable underperformers. 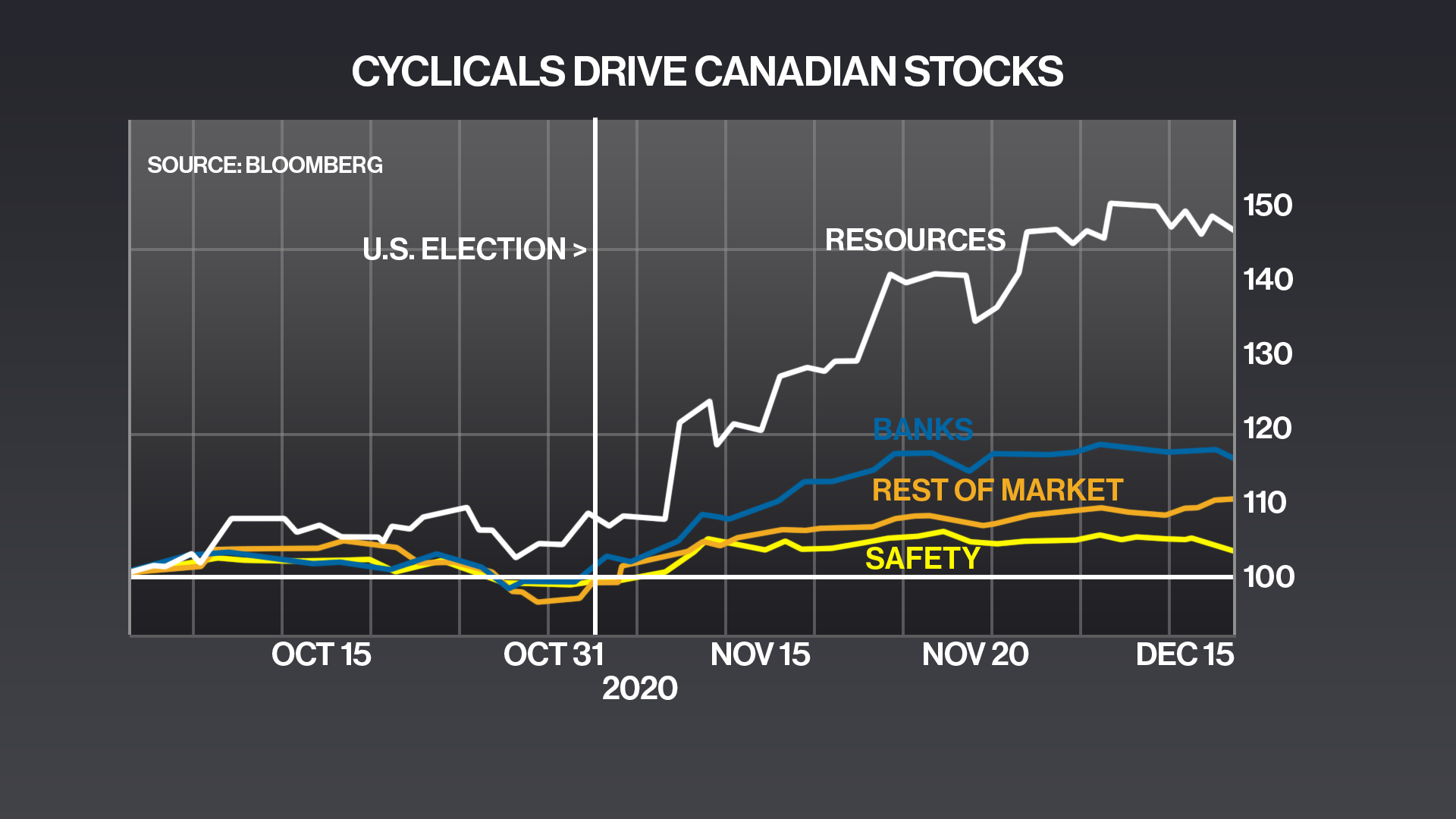 Disaggregating the performance of the resource stocks from the last graph, the chart below indicates that the exploration and production (E&P) sub-sector (white line) of the energy group has been the standout performer. Base metals (blue line) have also enjoyed a good move higher, while pipelines (orange line) and gold (yellow) have underperformed. 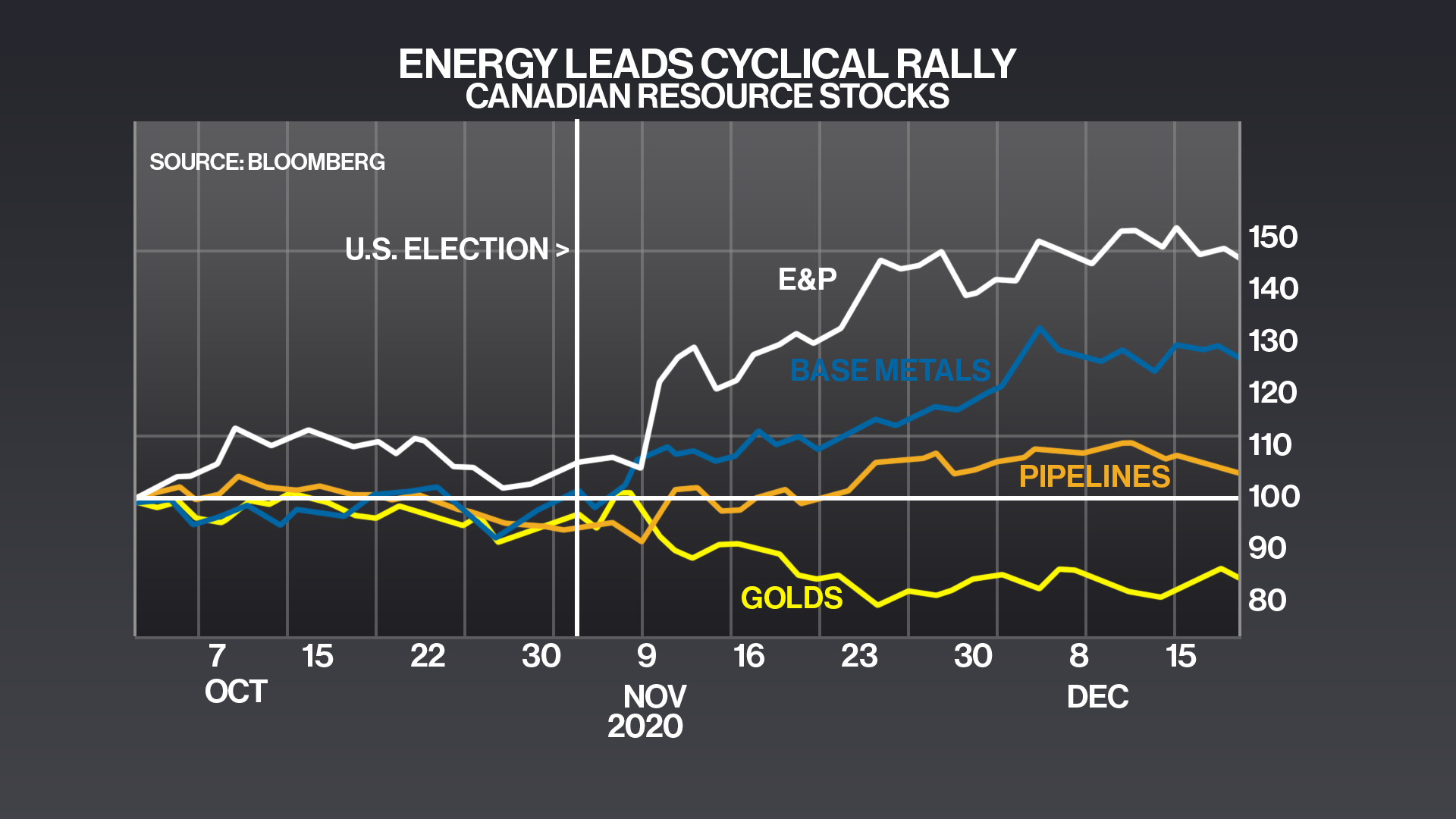 The common theme among these graphs is that the low levels of both interest rates and growth, which caused investors to own safety, defence, big tech, and large cap stocks is now shifting in favour of equities that will benefit the most from continued low interest rates but accelerating economic growth as the economy opens up.  Assuming no “revenge of the COVID,” my hunch is that this trend will continue for several months.

At that future date, investors will have to make a decision because if I’m correct, the S&P 500 will likely be trading at 23 to 24 times forward earnings. If the porridge still remains just right, then it may be fine to stay overweight stocks. But if the porridge is heating up too much – or if Powell hints that it is time for the Fed to begin to consider winding down the level of the Fed’s accomodation – then investors may need to reconsider their allocation to stocks.

Remember, as then-Citigroup CEO Chuck Prince said in July 2007:  “When the music stops, in terms of liquidity, things will be complicated. But as long as the music is playing, you’ve got to get up and dance.”