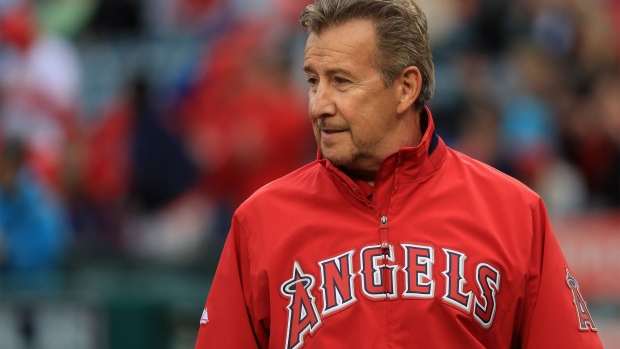 (Bloomberg) -- The Los Angeles Angels are exploring a potential sale in what could be the latest professional baseball team to change hands.

“Although this difficult decision was entirely our choice and deserved a great deal of thoughtful consideration, my family and I have ultimately come to the conclusion that now is the time,” Angels owner Arte Moreno, 76, said in a statement.

The Angels have hired Galatioto Sports Partners as an adviser to evaluate strategic options. Sportico values the team, which generated revenue of $314 million last year, at $2.11 billion.

In 1999, Moreno and his former business partners sold Outdoor Systems Inc., an outdoor advertising company, to Infinity Broadcasting Corp. for more than $8 billion.

In 2003, he became the first Hispanic person to buy a controlling stake in a Major League Baseball team when he acquired the Angels for about $180 million from the Walt Disney Co., which bought the team from the singer and actor Gene Autry in the 1990s.

Having the Angels on the block would mean two Major League Baseball teams in play at the same time, after the Lerner family said in April it is exploring a possible sale of the Washington Nationals. Billionaire Steve Cohen bought the New York Mets in 2020 for $2.4 billion in the highest-profile recent deal.

The Angels joined MLB as an expansion team in 1961 and won the 2002 World Series. The current roster includes stars like Shohei Ohtani, a Japanese player who can pitch, hit and play outfield. But the team has struggled this year, sitting in fourth place in the American League West, more than 25 games behind the Houston Astros.

Anaheim, where the team plays, is about 30 miles (48 kilometers) southeast of Los Angeles. The city has been embroiled in controversy over a proposed sale of the stadium that prompted the mayor to resign this year.

(Updates with background on Angels owner in fourth and fifth paragraphs.)