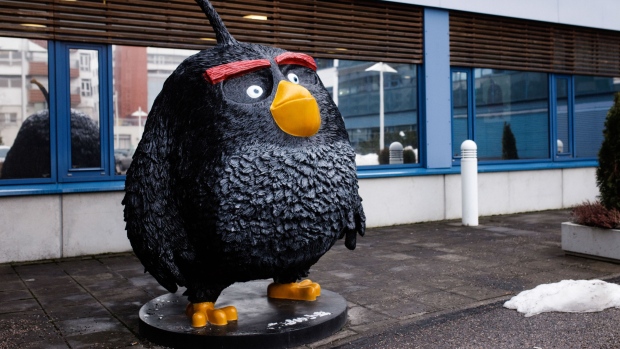 The maker of Angry Birds, Rovio Entertainment Oyj, is capitalizing on five years of machine learning to develop individually-tailored games by 2022 in a bid to reverse its fortunes.

“We truly believe we can go as far as making individualized experiences for our players with the help of machine learning,” Chief Executive Officer Kati Levoranta said in an interview in Helsinki on Monday.

Rovio saw its shares plunge in September after revealing that it will miss its profit target for the year, one in a string of disappointments since its initial public offering in late 2017. The share now trades 65 per cent below its IPO value. Investors are worried about Rovio’s reliance on the Angry Birds theme, which is now approaching its 10th birthday.

Rovio is already using algorithms to design new levels for its games, ensure users remain engaged and predict which of them are likely to stop playing a particular game, called churn in industry-speak.

“We already do use machine learning in game development and also in live operations, in terms of level balancing, creating levels and predicting churn,” Levoranta said. “Going forward it will have even a bigger role.”

Part of the life cycle of a mobile game is live operations, where new features and events are added to keep it fresh and entice players to spend. User acquisition — or marketing — is an often costly endeavor that gaming companies engage in to stand out in a crowded market, and machine learning can help predict when and where to invest. In the third quarter, Rovio spent more on user acquisition than it generated in gross bookings from its biggest game, Angry Birds 2.

When live operations are successful, people continue to play the game month after month, like in the case of Angry Birds 2. The sequel to the famous slingshot game was launched in July 2015 and has since spent 52 months among the 100 top-grossing iPhone games in the U.S. It’s still Rovio’s biggest money-spinner.

Rovio started building data capabilities to enable the use of machine learning in 2011 and first applied the technology three years later.

Machine-learning systems are a branch of artificial intelligence — statistical models and algorithms used to analyze data, identify patterns and then perform tasks using inference rather than explicit instructions.

Among the benefits the Espoo, Finland-based company has observed are improved speeds of game development, increased precision and a more data-oriented way of creating games and managing them once they’re live, Levoranta said. Any efficiency gains are a plus, not a driver, for using the technology, she said.

“We will never lose the creative way and the human touch in our games at Rovio,” she said. “We’re not thinking about hiring robots at this point in time.”