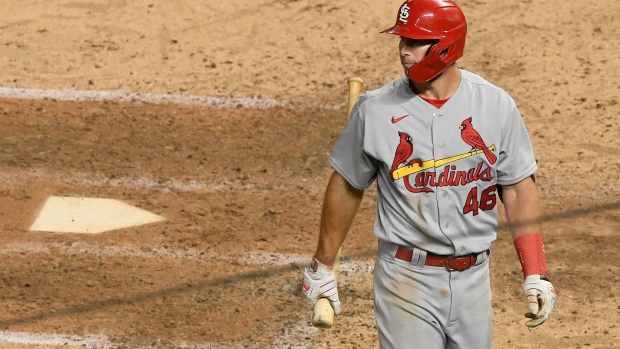 (Bloomberg) -- The St. Louis Cardinals game on Saturday has been canceled as the team reported more positive tests for Covid-19, according to a report from ESPN.

The Cardinals were scheduled to play at the Milwaukee Brewers after having their Friday night matchup postponed. Cardinals players have been asked to self-quarantine in their hotel rooms in Milwaukee.

The Athletic is reporting that three Cardinals’ coaches and one player tested positive on Saturday. It was previously reported that two players had tested positive bringing the total to three.

On Friday, ESPN reported that Major League Baseball Commissioner Rob Manfred told the Players Association that the season was at risk of being canceled if the virus continued to spread. The Miami Marlins have been the team hit the hardest. They’ve had 18 players and two coaches confirmed positive.