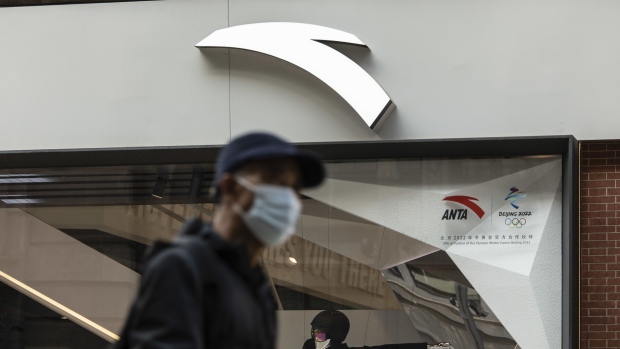 An Anta Sports Products Ltd. store in Shanghai, China, on Thursday, Feb. 10, 2022. China’s 1.4 billion shoppers were once seen as an untapped gold mine for Western brands, with their rising incomes and unleashed consumer appetites expected to drive growth for companies from Nike Inc. to Nestle SA for decades. Photographer: Qilai Shen/Bloomberg , Bloomberg

Anta and its co-investors in the Wilson tennis racket maker are holding preliminary talks with investment banks for an IPO that could raise about $1 billion or more, the people said. The group, which includes private equity firm FountainVest Partners, is considering a listing that could take place as early as next year, the people said.

The final size and venue haven’t been decided, the people said, asking not to be identified because the matter is private.

Considerations are at an early stage and Anta and its partners could decide against a listing, the people said.

Representatives for Anta and FountainVest didn’t immediately respond to requests for comment.

The company said in its 2021 annual report that the investor consortium has set a strategic growth plan for Amer to unlock its full potential but didn’t provide further details.

Anta shares have dropped about 17% this year, valuing the company at about $33.7 billion.

--With assistance from Daniela Wei.