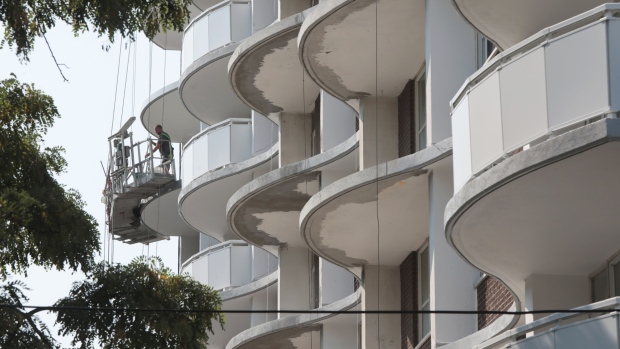 A real estate company with apartment buildings in five U.S. states is set to list in Toronto, ending a deep freeze in Canada’s market for initial public offerings.

Dream Residential Real Estate Investment Trust expects to close its US$125 million offering and begin trading on May 6, according to a statement. The REIT will be partially managed by a unit of Dream Unlimited Corp., the property group of Toronto real estate magnate Michael Cooper.

It’s the first corporate IPO of more than $150 million to be completed on a Canadian exchange this year. Last year, there were 17 deals of at least that size in Canada, excluding closed-end funds, with two raising over $1 billion, according to Bloomberg data.

Last year was a record year for IPOs in Canada, with firms undertaking 173 deals with a total value of $11.9 billion. But a combination of inflation, rising interest rates, Russia’s war in Ukraine and a resurgence of COVID-19 in China has led to a broad selloff in equities, sapping demand for new listings, said Peter Miller, head of equity capital markets for BMO Capital Markets. 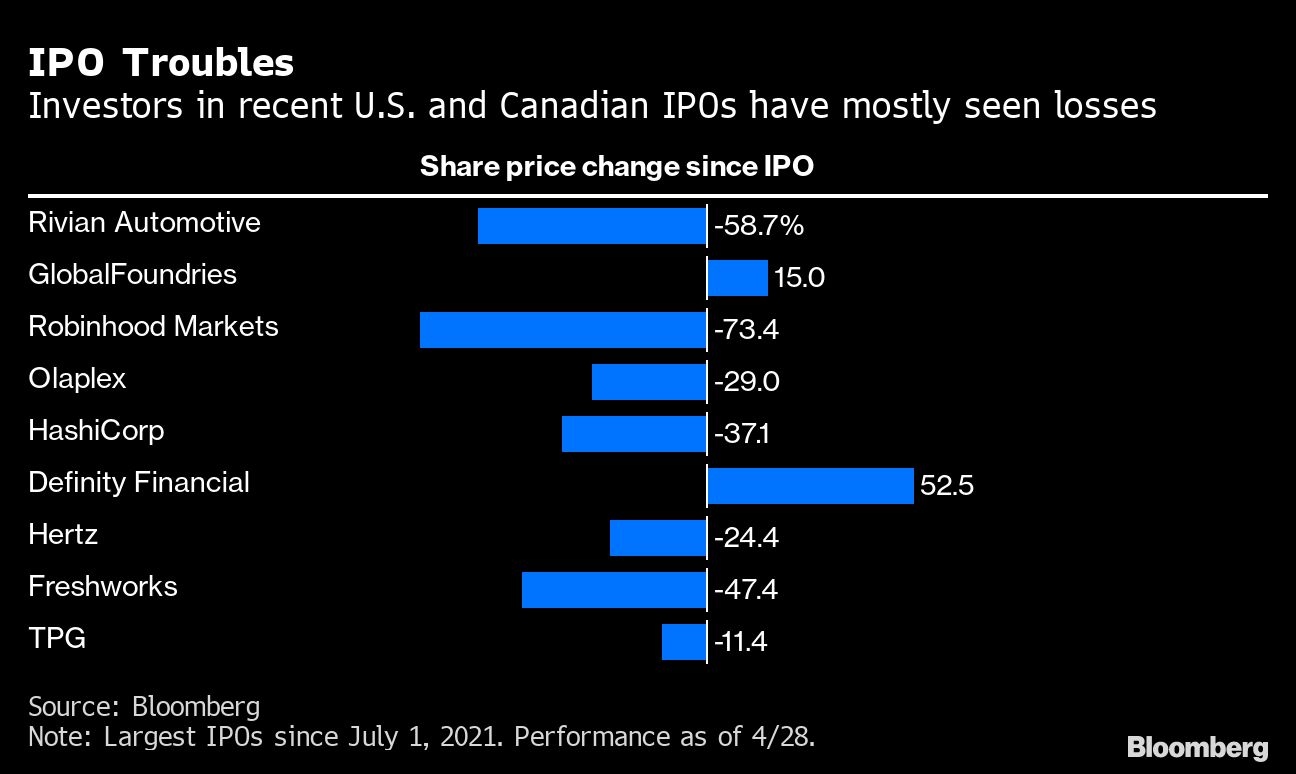 “There’s a pretty broad layer of discontent across the capital markets,” Miller said in an interview. Since the war began, investors are “getting more nervous about supporting new issues. And the new issues that have come, frankly, have been pretty mixed and not performed that great in the aftermarket.”

IPO proceeds in the U.S. have fallen for five straight months and April saw the lowest total since 2017, according to Bloomberg data. Miller said the busy IPO market of the past two years has left fewer private companies that are ready or willing to go public today.

“In much of 2020 and all of ’21, the market was, most of the time, open,” he said. “We do have some very attractive IPO candidates in the pipeline, but it’s dramatically fewer than last year.”

Dream Residential is taking advantage of a relatively strong market for apartments as U.S. rents soar. In February, a measure of rents posted the largest monthly increase in more than 30 years.

Properties in Ohio, Texas and Oklahoma will represent more than 90 per cent of Dream Residential’s forecast net operating income, though the prospectus shows the company plans to seek out acquisitions “across high-growth markets.” TD Securities Inc. is the lead underwriter on the IPO.