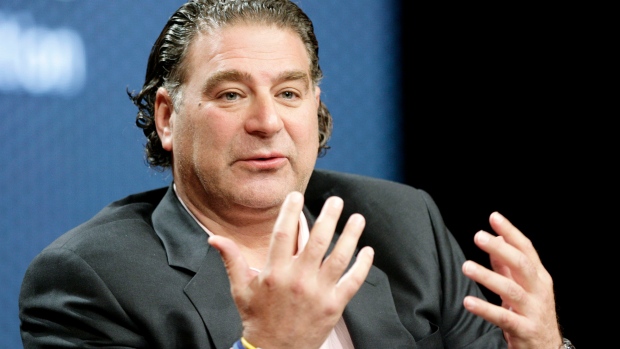 Aphria Inc. (APHA.TO) plans to reach $1 billion in revenue by the end of 2020 and doesn’t need the help of Green Growth Brands Inc. (GGB.CD) to do it, according to the pot firm’s new chairman.

Irwin Simon intends to boost revenue from an estimated $209 million in the fiscal year that ends May 31, and achieve margins of at least 40 per cent. His plan relies on increased production at Aphria’s Canadian operations, which are currently only running at about 18 per cent of potential capacity as some await licenses and others ramp up, he said.

Earlier this month, Aphria received a production license for an expansion at its Aphria One facility and has applied for a cultivation license at its new Aphria Diamond campus, both located in the company’s hometown of Leamington, Ontario. Together, those facilities will bring Aphria’s total licensed growing capacity to 255,000 kilograms (562,000 pounds) a year, up from 35,000 currently.

Simon, founder of organic food company Hain Celestial Group Inc., was appointed Aphria’s chairman on Dec. 27, less than four weeks after the company was hit by a short-seller report that erased half its stock value. The day of Simon’s appointment, Green Growth said it intended to launch a takeover offer that has now become a hostile bid. 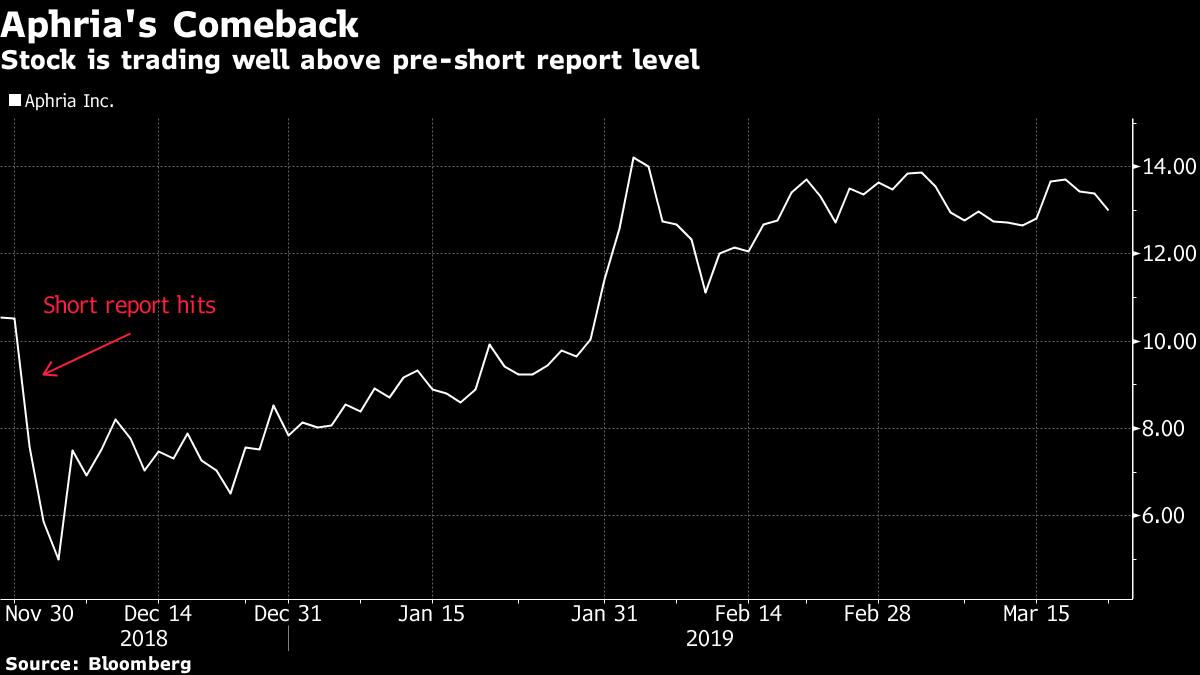 Simon then added interim chief executive officer to his title in February after former CEO Vic Neufeld said he’d retire in the wake of the short-seller attack, which accused Aphria of paying inflated prices to buy assets from insiders.

Simon said he’s enjoying his new role but never thought he’d be in “a company where every day there was another two-by-four coming at you and hitting you in the head,” he said.

He’s decidedly unconcerned though about the hostile takeover bid from Green Growth, which Aphria rejected in February as too low. The offer of 1.5714 Green Growth shares is currently worth about $7.40 per Aphria share, which is a 42 per cent discount to the stock’s current level of $12.87. That’s the widest gap of the 83 current deals tracked by Bloomberg.

“Shareholders are not going to accept it,” Simon said. “It was not a real offer. When you’re wounded, companies will come after you and take advantage of you.”

Part of Green Growth’s pitch to Aphria shareholders was that the merger would create “the only large-scale cannabis company to bridge the U.S. and Canadian markets.” But Simon believes Aphria doesn’t require a partner to successfully enter the U.S., and he plans to leverage the experience and contacts he developed at Hain to tackle a cannabis market that’s estimated by analysts to be worth $22 billion in legal spending by 2022.

“I have a great familiarity with the U.S., and I think we can do it on our own today,” he said. Hain counted major retailers like Whole Foods, Amazon.com Inc. and Walmart Inc. among its biggest customers.

Simon said Aphria shouldn’t be looking for a partner simply for the sake of keeping up with the Joneses.

In the meantime, Simon is focused on improving Aphria’s corporate governance and boosting employee morale. A special committee of independent directors appointed to investigate the short-seller allegations found certain directors had conflicting interests in the deal that weren’t fully disclosed to the board, and recommended several steps to improve corporate governance. Simon said Aphria is in the midst of adopting those recommendations, and he intends to be the only insider on the board when the changes are complete.

He said he believes Aphria can shake off its recent problems to become a successful player in the global cannabis industry. The company is not currently looking for a new CEO, and won’t be until Simon feels the company has “stabilized,” he said.

“The short-seller report was a wake-up call,” he said. “We need to get out there and tell all the great things we’re doing. It’s time to change the conversation.”